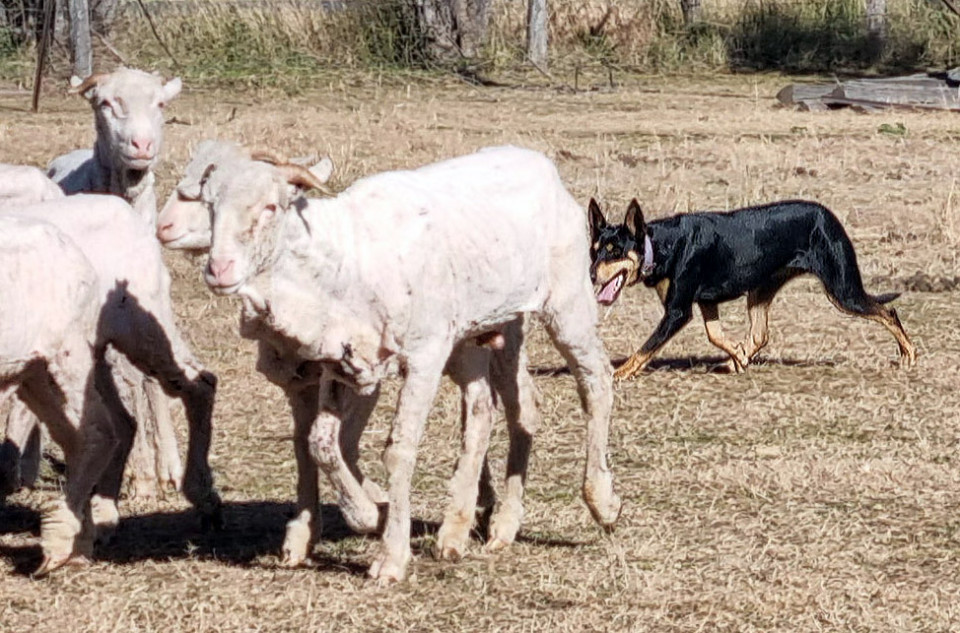 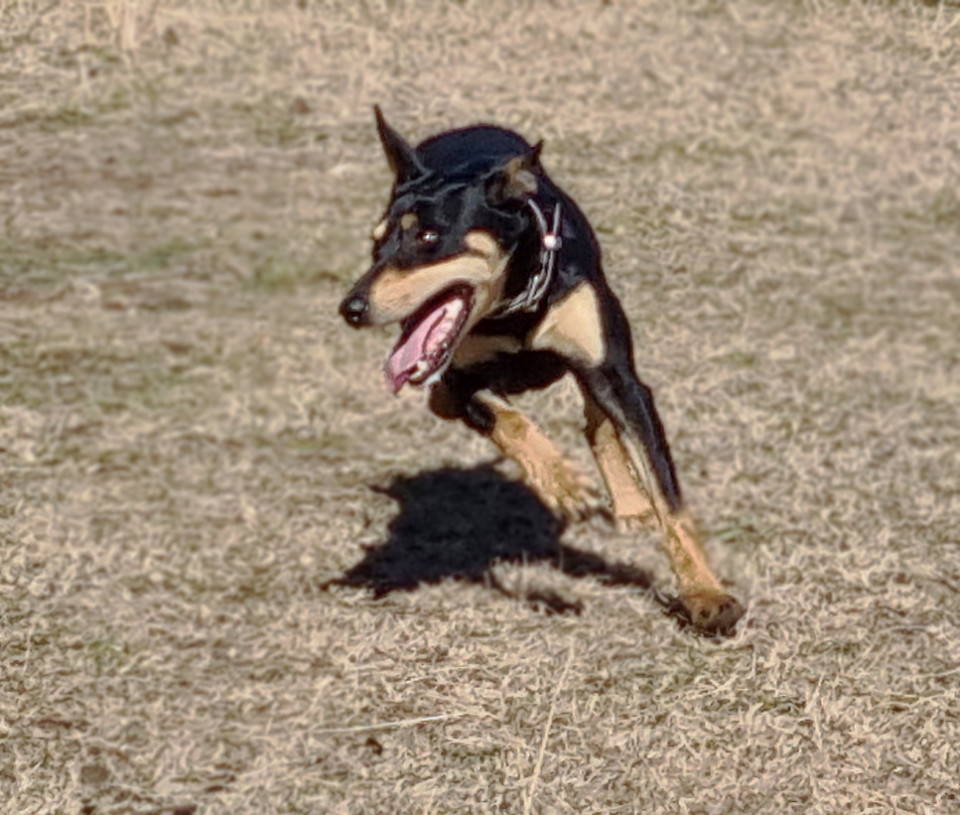 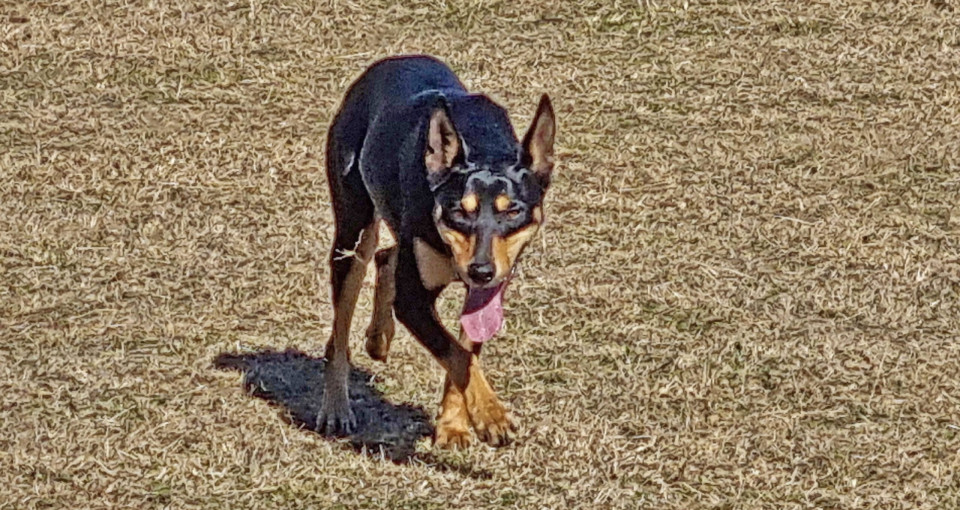 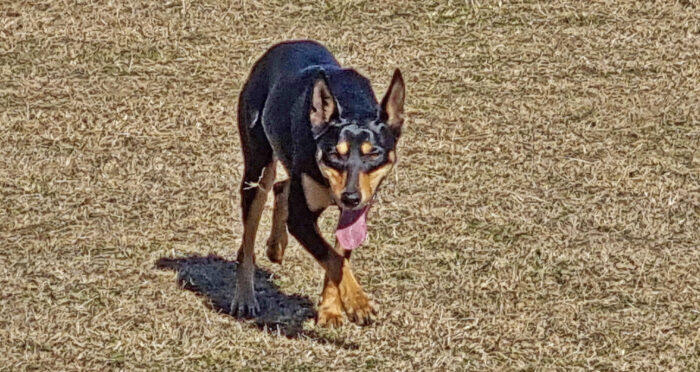 Nitro is a very nice young bitch bred by Kevin Noble, one of three I have here from two matings he did using Wills. We both prefer classy dogs who use their brains rather than brawn, and I’m very happy with them all. The other two bitches by Wills out of Lara II are K.Nardia(Mustard) and K.Nakara (Naka).

Nitro went to Tim McKeogh for 2021 when he was working at Riverside, Moranbah, and gained invaluable training and experience. She missed getting in pup to his good dog Cash mid year,(who has since sadly died of snake bite).

This video was taken here in July, ’21, with Tim working her.

The amazing result was a litter of TEN BITCH PUPS! She only got back here a week or two prior to whelping so it must have been some sort of magic that happened elsewhere as I usually get more boys than girls. The plan was to breed a nice bitch to AI back to Meg’s sire Avenpart Wump…so I have  a few to pick from!  I’m even more excited over this litter after receiving another little bitch pup by Tap from Karmala Witch…she’s an absolute little gem….Mel delivered her and collected her swap pup by Tim from Sass. 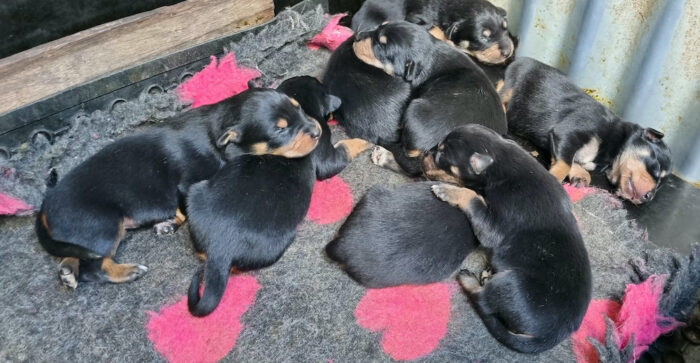