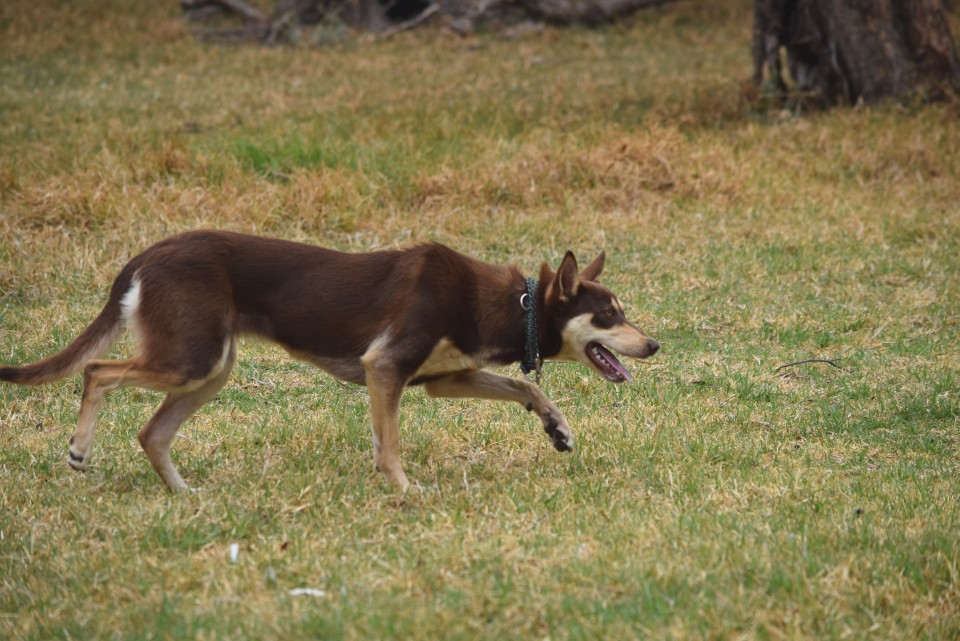 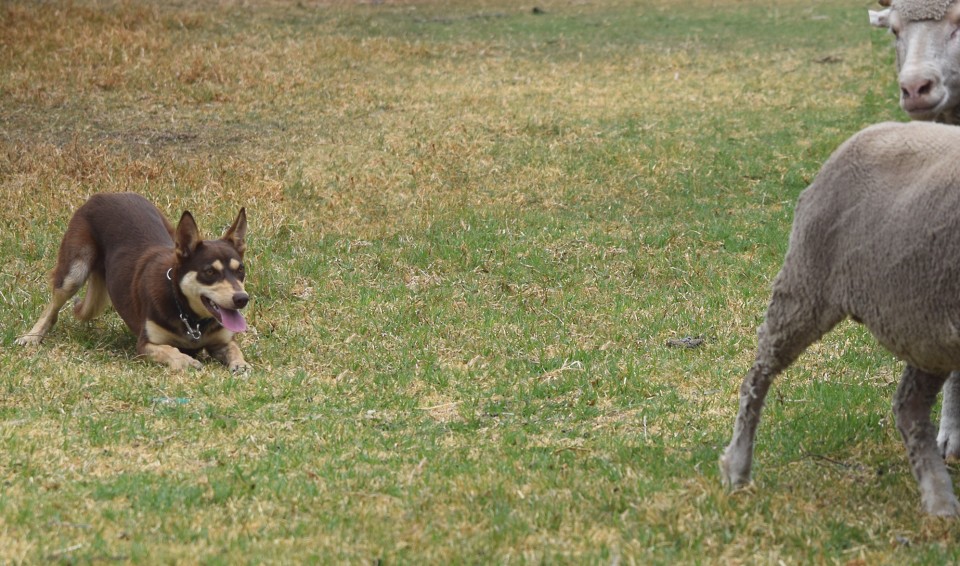 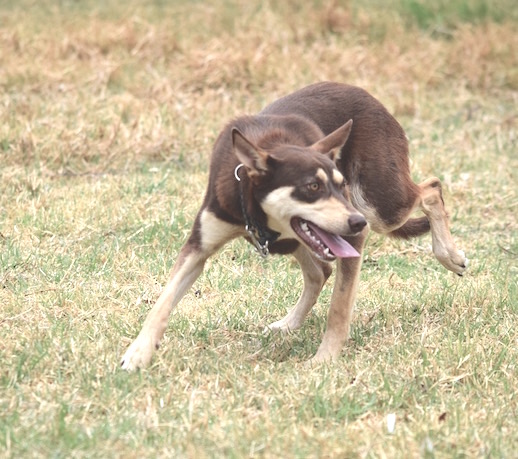 Bimber is named after a well known brand of Gin, as were the rest of her litter! Bim is one of the young bitches who have earned their place as brood bitches in the stud. She went down to Jeff Ritchie for some basic training and Jeff had to encourage her to come in and work closer. She then worked cattle up north with the Zeimers and proved a very useful young bitch. It’s very interesting to watch her development in these two videos, the first taken when she had her first run on sheep. After working cattle for some months it took her a little while to settle back on sheep(2nd vid).

Bimber whelped to Karmala Brock in early April 2018. This is Bliss, the pup I kept at 5 mths. Bliss is now down with Serafino Gallina and will be mated to Karmala Billy(Wilson x Lily) at some stage.