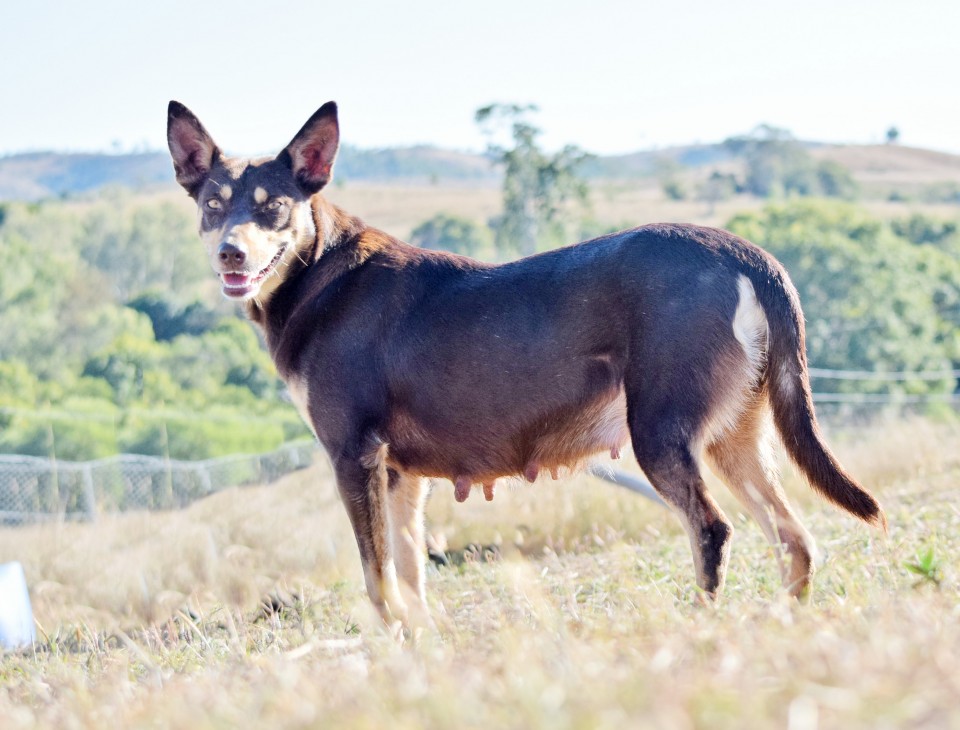 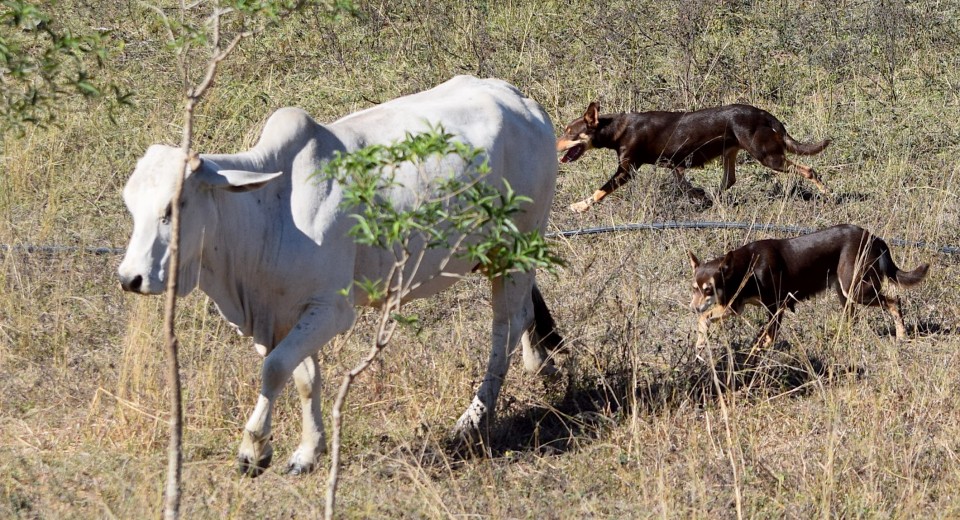 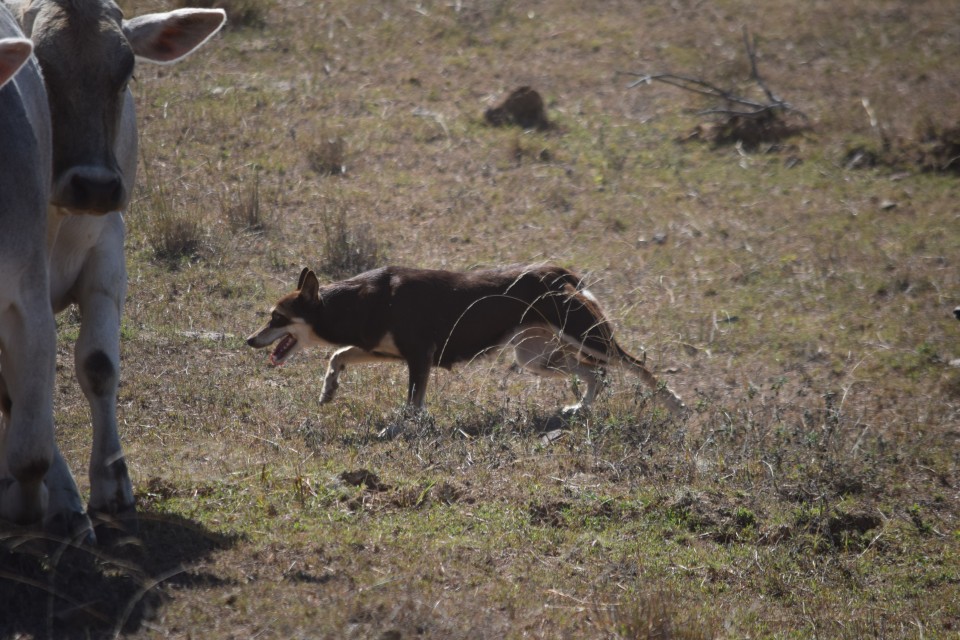 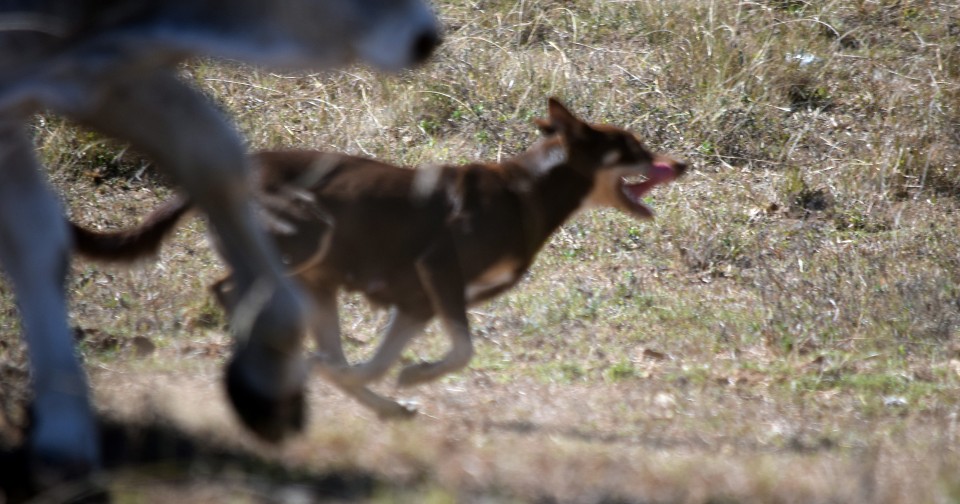 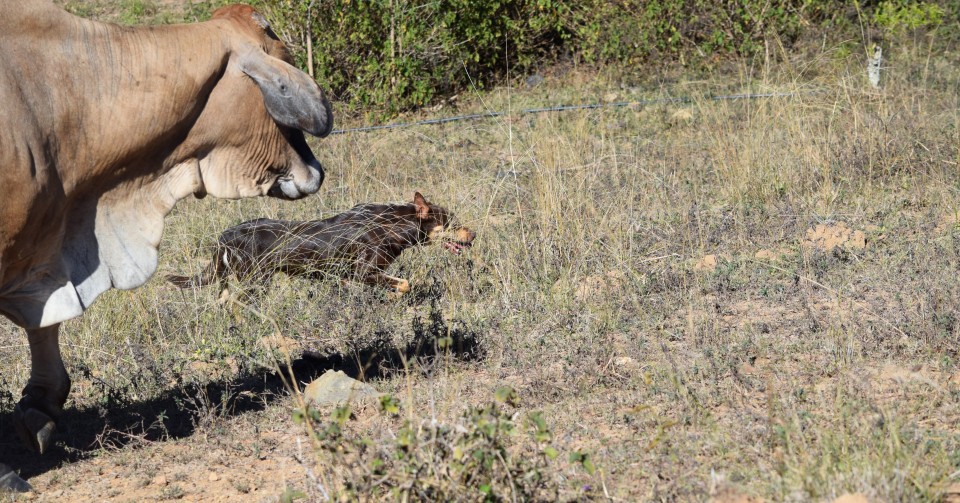 Gossip is out of Emma’s good bitch Gin Fizz by Wills. She was one of four and the other three pups had quite a bit of white on them. My friend and advisor Dr. Deb Maxwell explained how the white markings were inherited and assured me that the pup without white wouldn’t throw white. This was a great relief because as Gossip began to work it was soon obvious that she was a ‘keeper’.

Gossip’s very nicely made with a great temperament and she’s a good strong bitch working cattle. She  has spent her life up at Mt. Larcom with the Zeimers and has become a valuable member of their team. Gossip was a very cute pup!