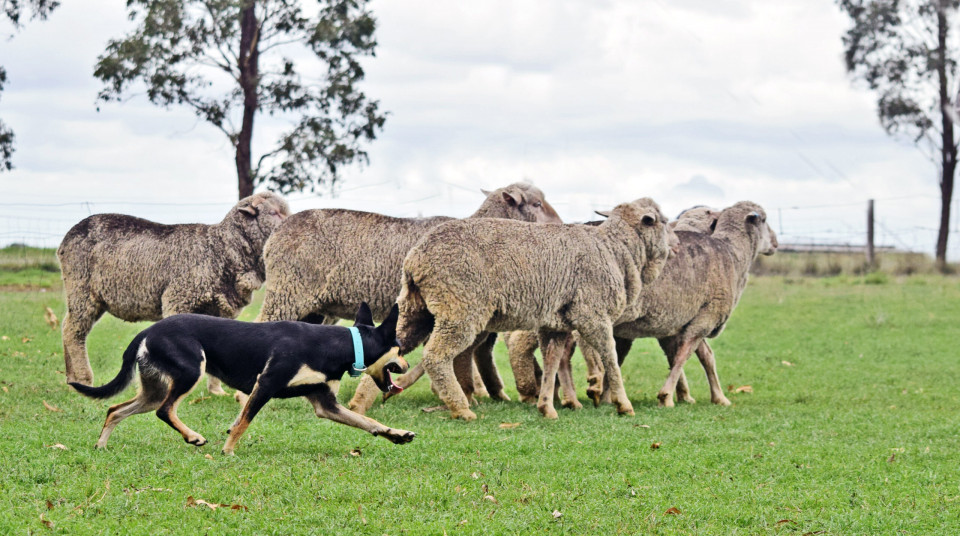 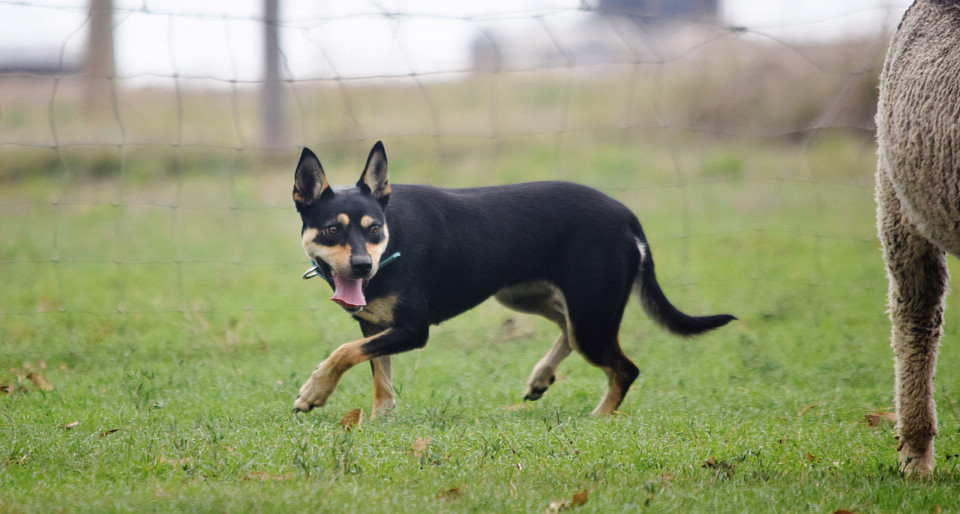 Electrocuted during a storm, October 2021 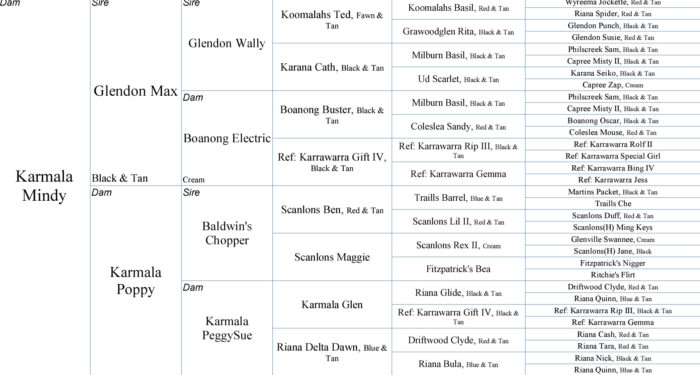 Mindy is a neat little bitch with a lot to like. Lovely temperament, nice work, good attitude. I have been keen to get a bitch by Chris Rickert’s Max(Glendon Ricky) for some time. He’s a very good dog and can get cattle out of near-impenetrable country with relative ease. Bred out of Boanong Electric, a daughter of my old Karrawarra Gift IV, I had hoped for a nice litter with some choice, but instead the two matings only produced a total of four pups and Mindy is the only bitch. She has a brother, Karmala Marnus who is with John Halsted at Merriwa and doing well, particularly on cattle.

It was bad luck that my friend Arthur Crumblin wasn’t able to take her as a pup for some training; after giving her a few looks at sheep here I gave her to a keen young chap who had bought a pup from me and was keen to do some training. He had a Collie breeder mentor and used his methods with Mindy; the constant directions upset her and she started to “clap” and became quite sticky. The second video was taken after she came home again and we got a good laugh when young Frank turned up …. Mindy obviously thought she was back at school again and responded beautifully to his directions! She has taken time to build confidence but is now working sheep and cattle well. Her first litter to Wills due Aug. 2021 should be very handy.

Mindy has been tested as clear of CA, as have all my stud dogs.