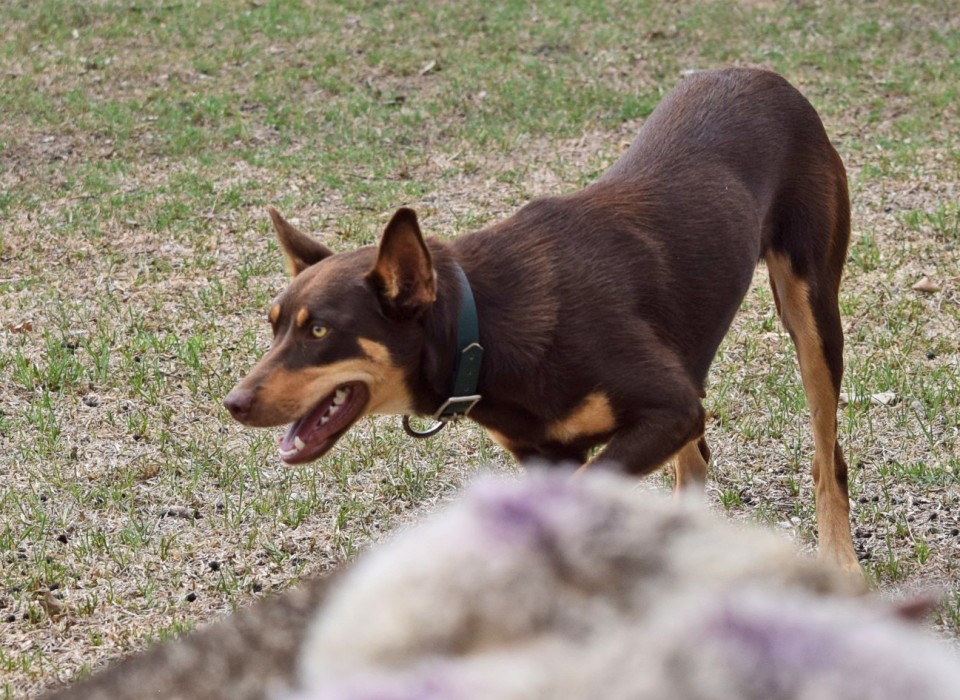 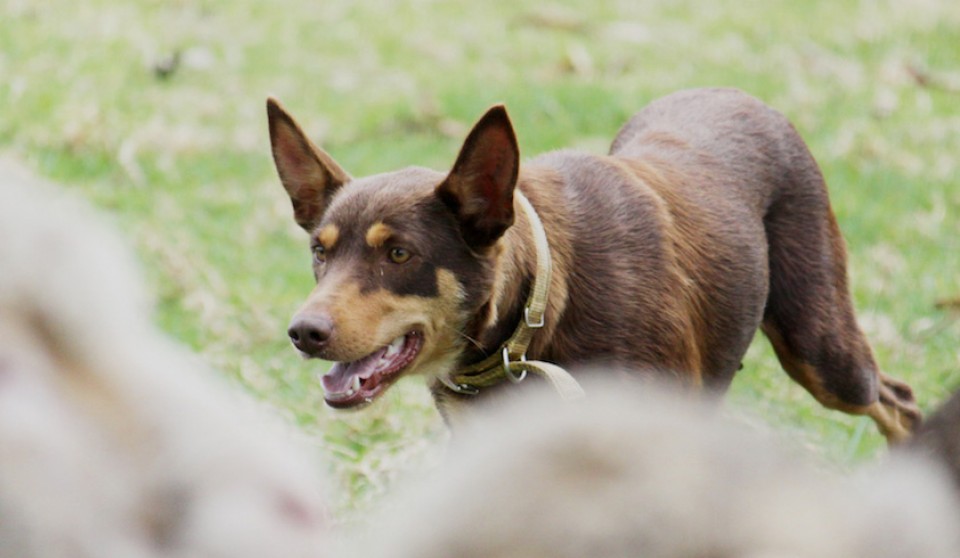 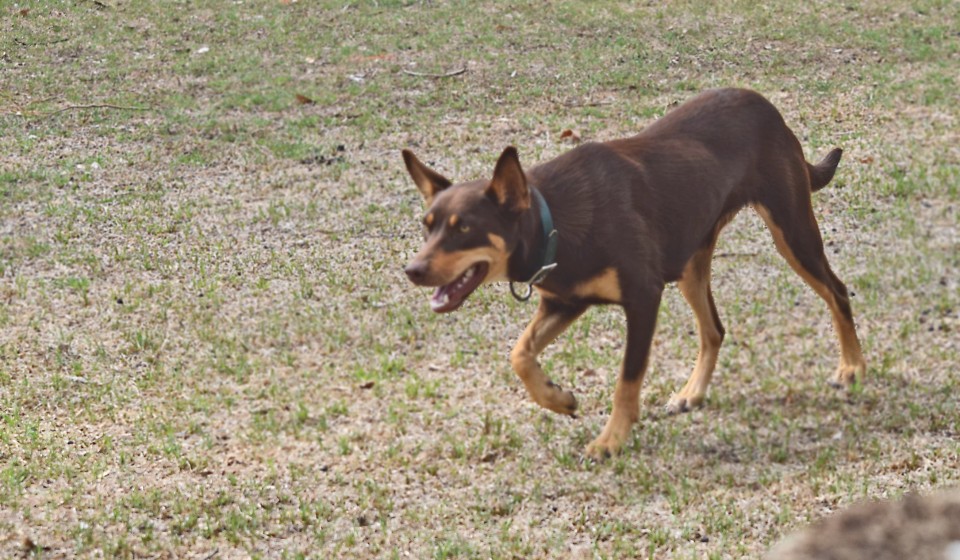 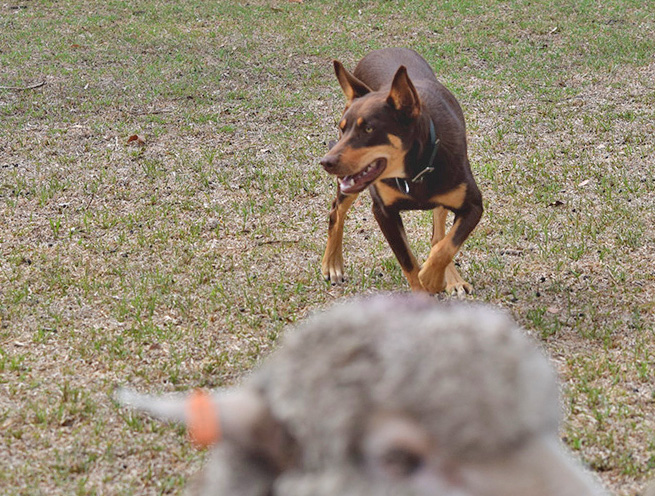 KARMALA WHITNEY (Karmala Wills x Karmala Heli) Whit was sold in Jan. 2022, her position in the stud taken by her daughter Livvy who is breeding very well.

Whitney’s a very special bitch, she appears at this stage to be one of the best I’ve bred. She resembles her dam Brandy, who died last year; hopefully Whit will be able to fill her mum’s shoes as a brood bitch here. A nice big bitch, she matured early and had her first litter on her first birthday!

I was anxious to get a litter in case anything happened to her and mated her to Landy. She went away for some training for a couple of months and will get some more work experience when the pups are older. A very calm, sensible girl, Whit has inherited the best of both the old Scanlon blood sires I’ve used whilst having Brandy’s intelligence. Here she is working with Andrew Martin.

Whit’s first litter is proving well above average as I’d hoped, and she’s been mated to Landy again. In the lower video is one of her first litter working, Livvy. Lefty is with Mary Faulkner in Tassie and was most impressive at a Gary White clinic recently. He’s steady outside but a natural backer and will topknot without encouragement. Another pup Lofty aka Bolt is with Marina Angel Smith and working with his dad Landy. She’s very happy with his work. The pups seem relaxed in their work but sufficiently keen, a nice balance.

After weaning her second litter (of five dog pups) to Landy, Whitney went out to Ronnie Robb at Nyngan for a taste of the real world. Due to the severe drought she hasn’t done a lot of sheep work but was a useful worker at lamb marking time. Ron has mated her to White’s Benny, a young dog of Gary’s that has impressed in all facets of his work, a very good all rounder…..

A shame that Whit missed to Benny as he won the NKT this year!