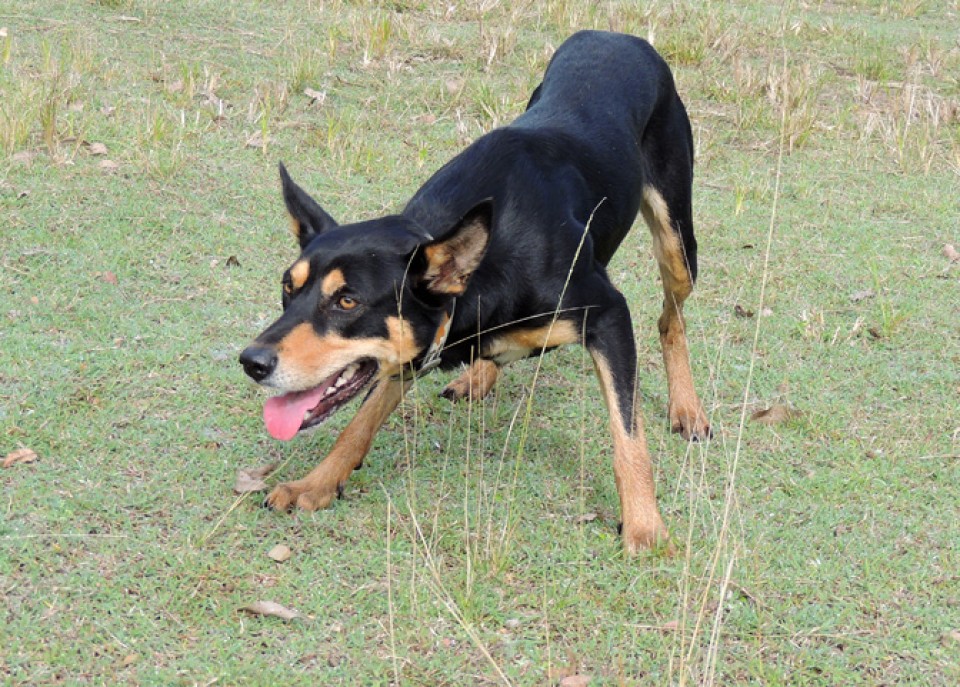 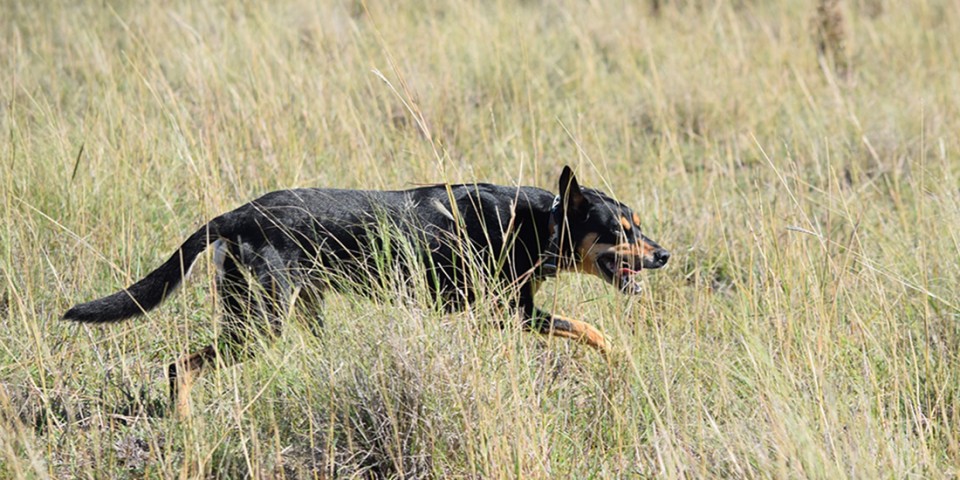 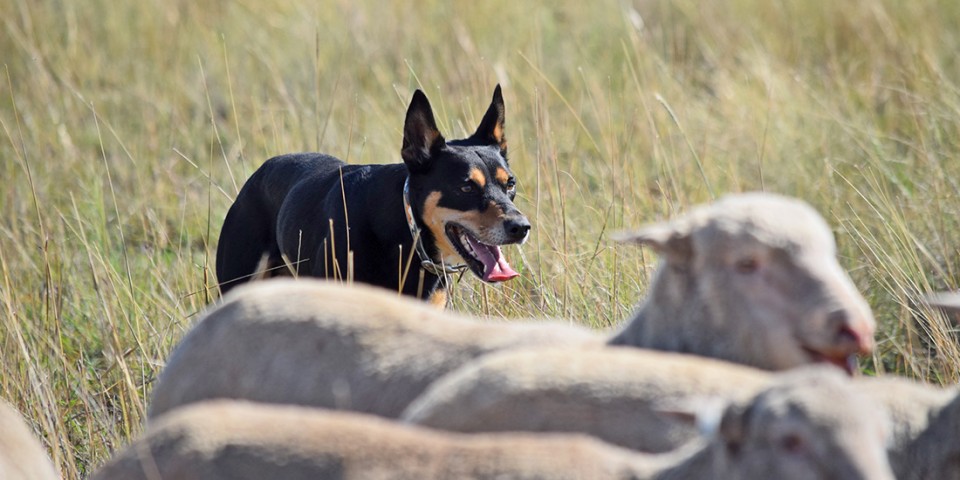 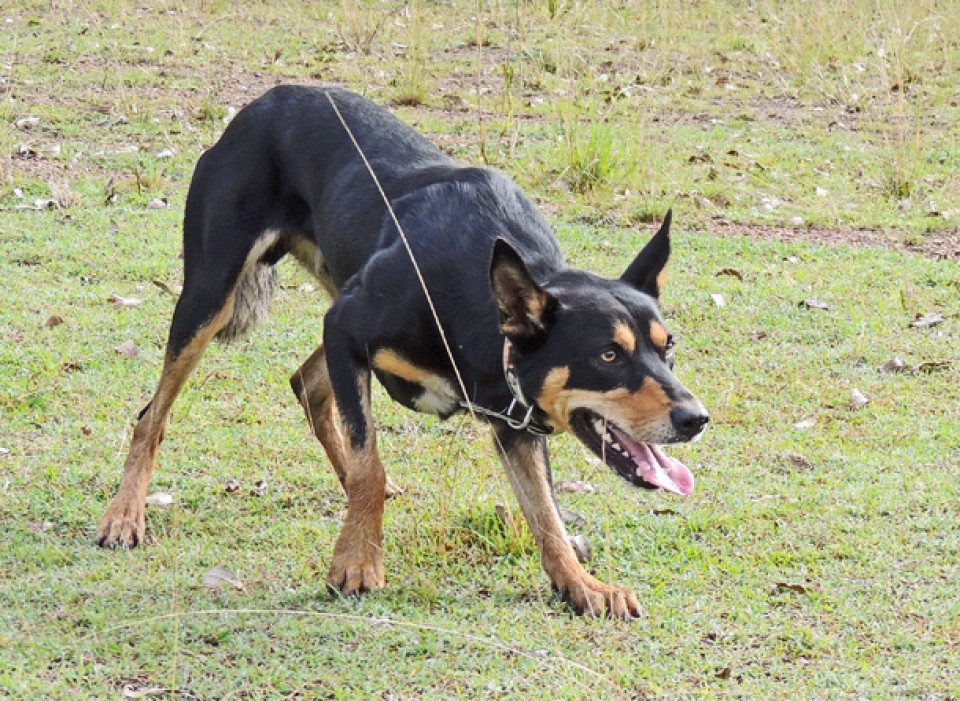 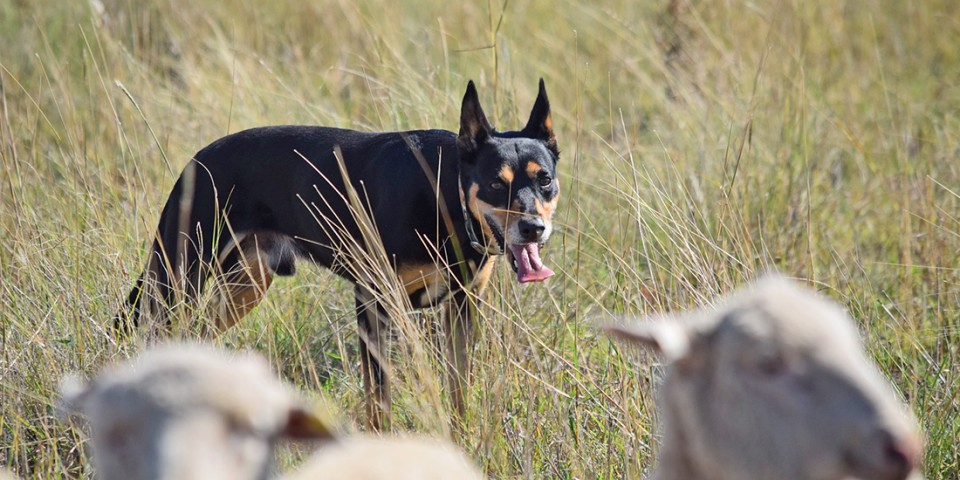 Hardy is a litter brother to Remy, who is proving a very good stud bitch. He has spent most of his life with Jodi O’Connor, who offered him to me recently(2018) when she decided to sell him. I had mated him to K.Vie a few years ago and the resulting litter was very nice, Vonny was retained. Jodi has also bred a couple of unintentional litters by him when he decided to escape and take matters into his own …paws.

Hardy is a lovely type of kelpie and moves well, he has a very good temperament and I considered him worth a few matings. He has been mated to Tash (xRiana CashII) April ’18 and has since gone to work for Tim Davis as he wouldn’t settle here and kept rounding up sheep when I wasn’t looking!

Photos on cattle taken by Grant Hutchings who was kind enough to try him for me. 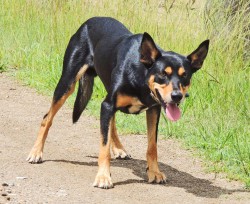 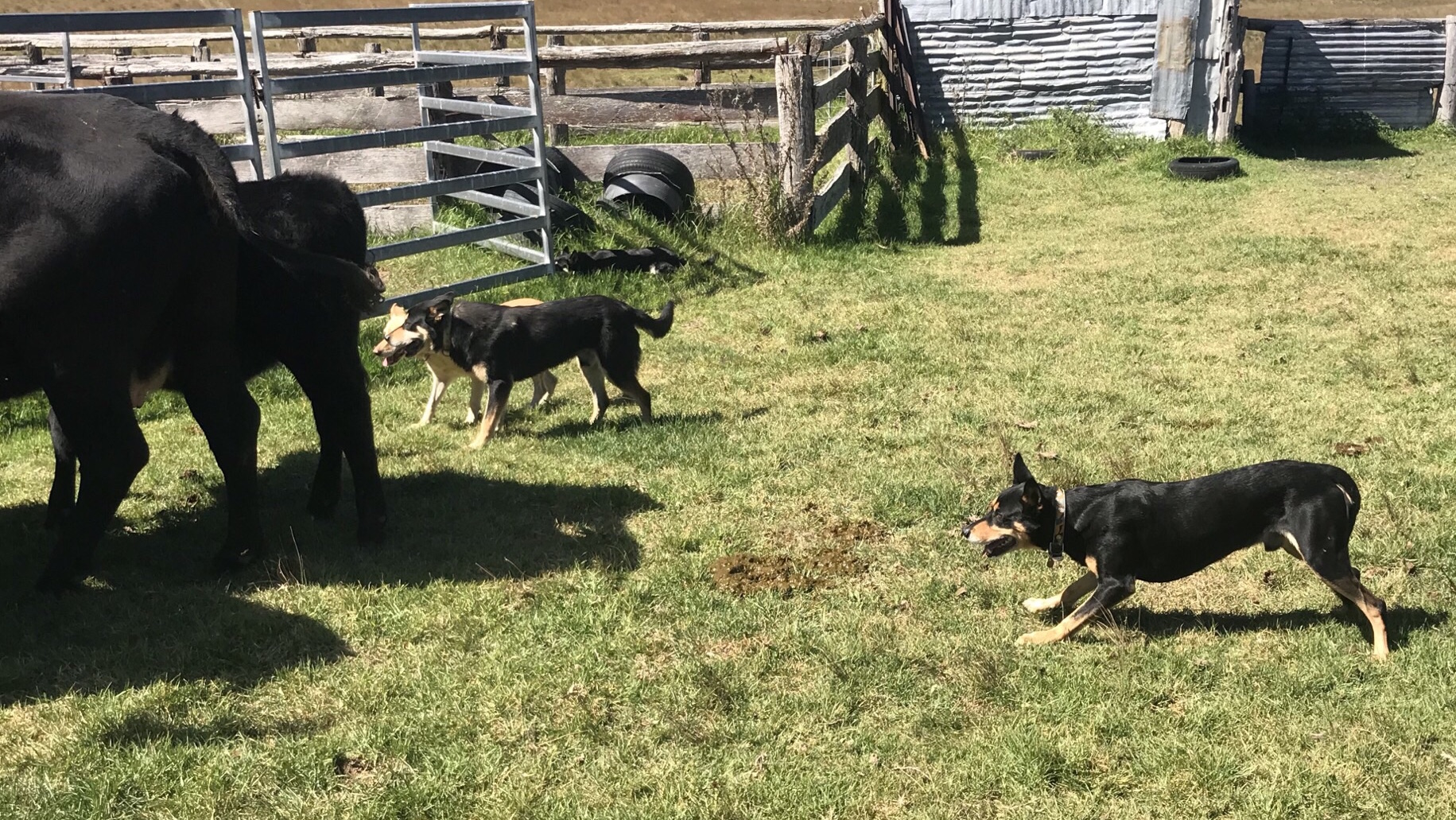