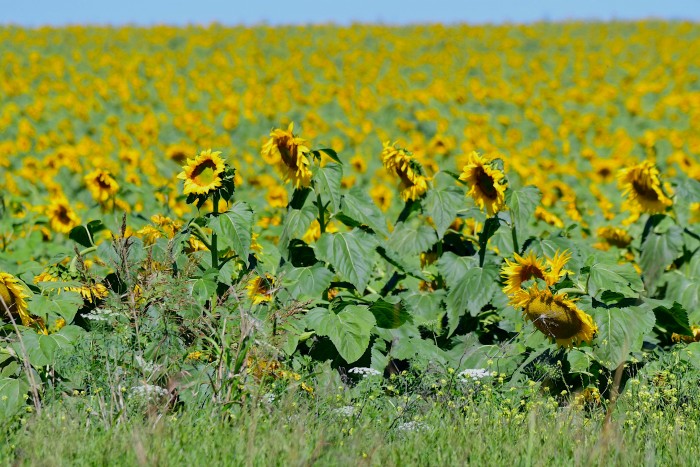 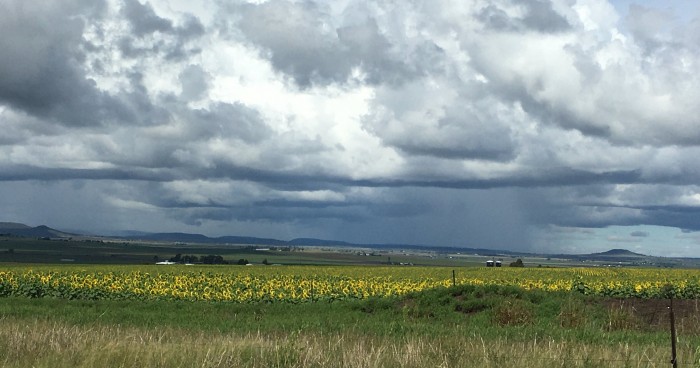 Good rain at last and back on the mower and slasher! There’s now a very good depth of moisture and farmers are getting ready to sow winter crops. There are a few sunflower crops nearby that are filling very well. So lucky to have the option of two crops up here…..

(Added later) April 15 today and it’s twenty years since I moved up here from Victoria. How time flies! It’s a beautiful day so I decided to enjoy it and play with these little rippers! 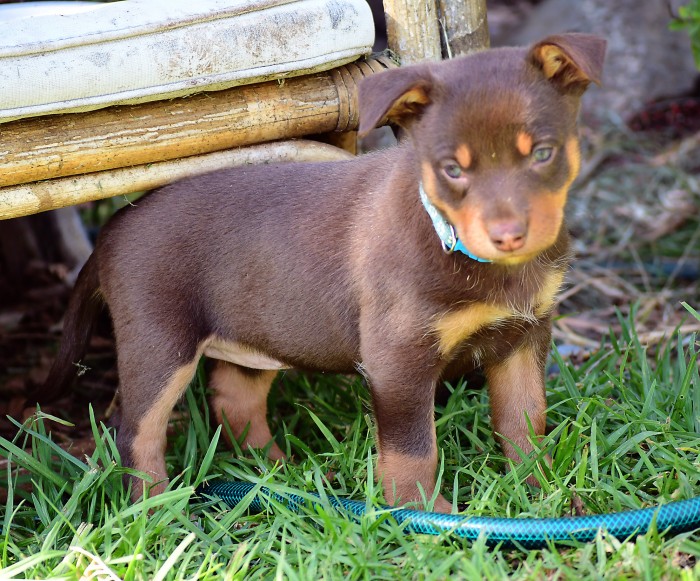 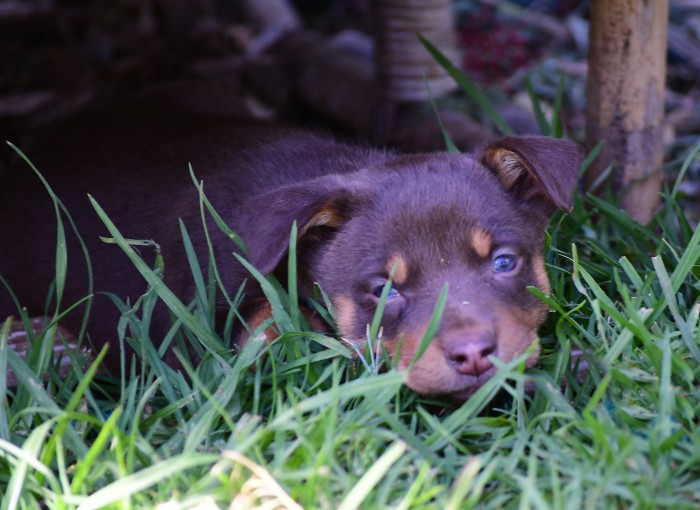 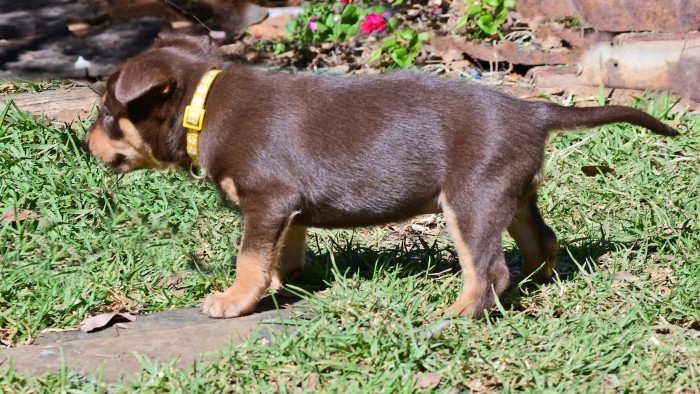 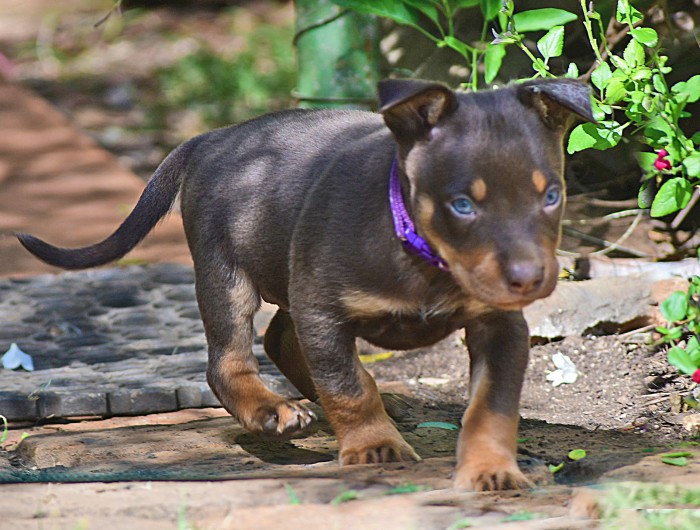 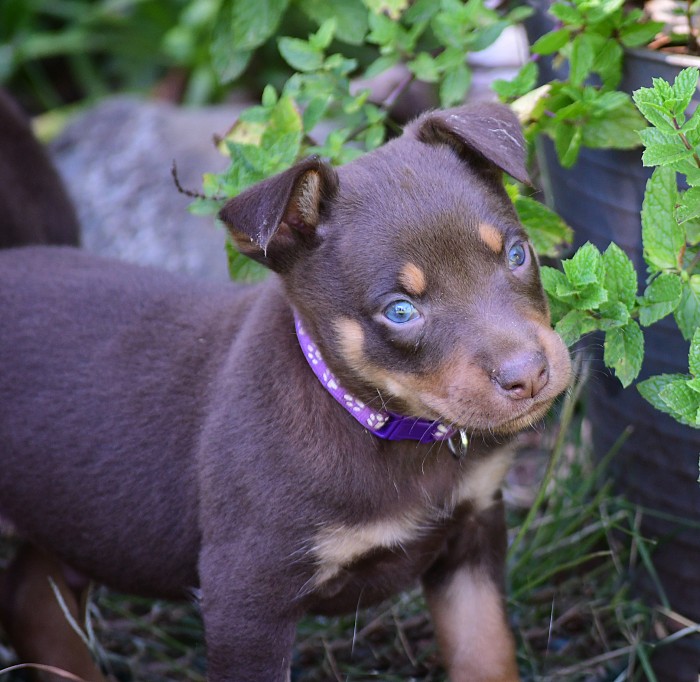 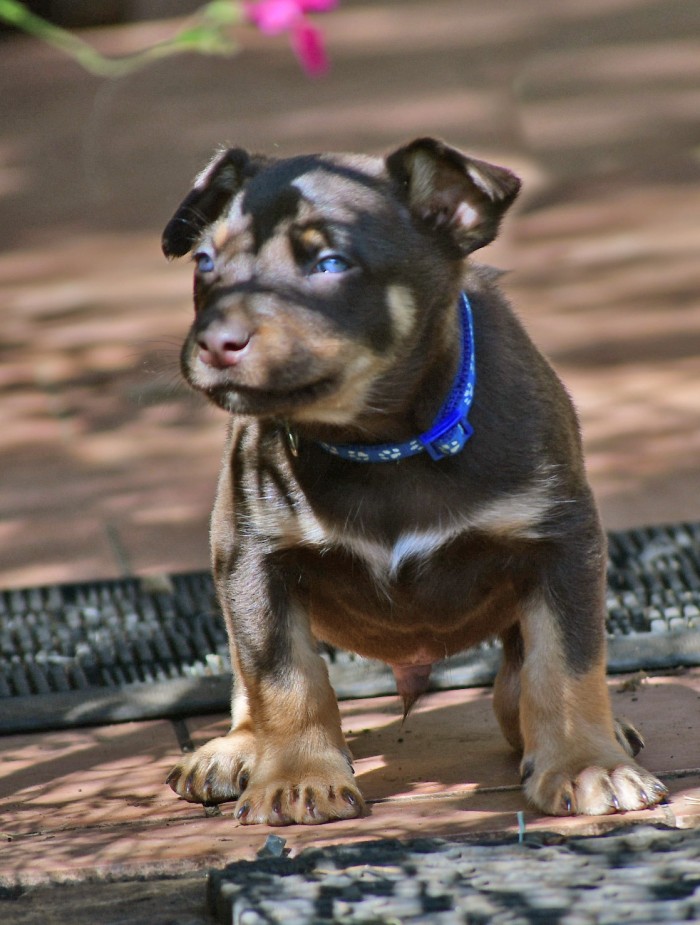 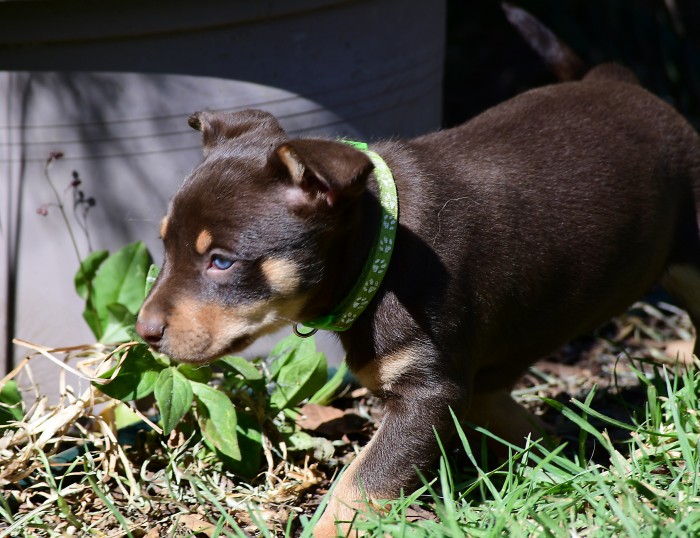 It’s been a pretty quiet month with the dogs, not as many pups to feed as usual and the boys away working up north. Little Givt has been showing some talent on cattle while KD is still trying to work them out; she’s a smart pup and we’re waiting to see what she decides. As with all other traits when breeding kelpies,  there’s a possibility you can go too far in a certain direction and brains(or the way the dog uses them) is definitely on the list! Calmness is another one. The combination can lead to a dog sitting in the shade and watching the others do all the work!

The National Kelpie Trial is on at Allora over the last weekend in April, only twenty k’s south, so I’m looking forward to seeing a lot of good dogs working. It’s a great spot for a trial with good camping on the grounds. Peter Allen is driving up from Tassie to compete and it will be good to see a couple of Karmala bred pups he has started recently. I’ve already had a call from a mate of his near Melbourne who saw K.Twiggy (WhipxTrue) work and wants one like her. True is an interesting bitch, I was planning on rehoming her for retirement and some light work but after some glowing reports of her pups decided on one more litter…to Wills. Rodney Garrett has a good dog from her called Troop by his Spy, and a Wills son from a previous litter is exceptional.

True has more eye than any other dog here but I decided to persevere with her because generally my dogs don’t have much, and it often pays to have a more extreme example in your toolbox when breeding any line of animal. As a friend said about her recently, you need to throw a bit of crazy in now and then!! I remember a cream dog with exceptional footwork and cover lurking in a back pen of a well known stud many years ago…..where black and dark tan was the only approved colour. Sandy was there to contribute his very fancy footwork and cover.

Whitney is doing a great job with the Breezebend Brad AI pups, they’re fat and happy, just starting to get into some solids. Can’t wait to see how they work. There’s quite a bit of common Scanlon blood involved through Brad’s sire, whose parents were half siblings by Scanlon’s Duff. Duff was also the sire of Scanlon’s Dom, Wills’s g’sire. Whitney’s by Wills. Old Glenville Swannee pops up many times, I’m relieved that these pups didn’t have his trademark white snip on the nose! I’ve been taking it easy over Easter and enjoying the company of a number of pups and dogs. Cash is growing into a big dog and going through the ‘Ugly Duckling’ phase (I hope!!). Gossip and Bim are always on the lookout for a pat-opportunity. Young Kohli (Harvey x Gemma) is growing up and showing surprising patience while watching Wiggle….he’s a very confident pup and usually bouncing around being a pain. His sister Meg loves playing with the daxies. I’m looking forward to True whelping to Wills in a couple of weeks. Midnight(Wills) will be the next in line, then Bimber to Landy around late May.

Next month I should have some good photos of the NKT at Allora. 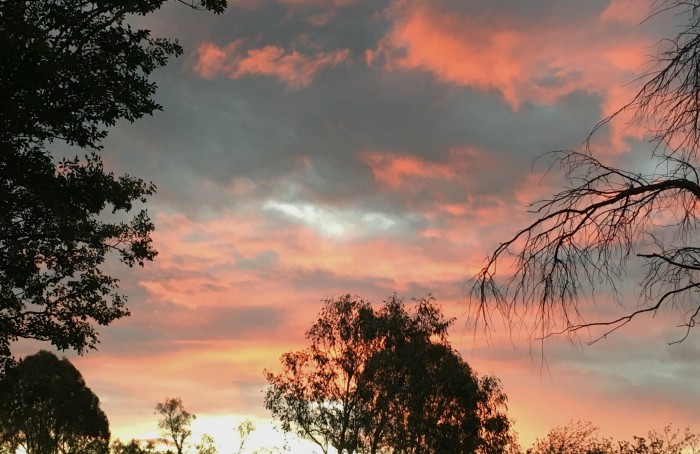