Just back from a trip over to Gatton to deliver a puppy that’s flying over to WA today, a 3.30am start! Mary from All Animal Transport usually collects the day before but she’s having a well deserved break. At least I learned how to set the alarm on my phone as all the clocks had flat batteries! Lovely little LandyxCara boy going to work sheep and cattle. I collected the three pups from Marina last Friday. 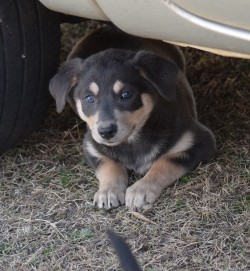 The bitch in the litter K.Laney will be run on as I only have one bitch by Landy; the cream boy K.Larch is for sale. He’s going to be a big dog, is a lovely confident pup. 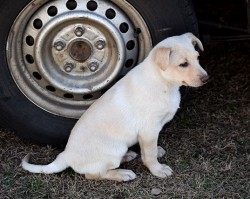 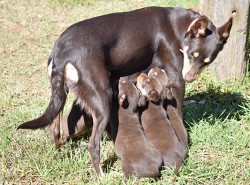 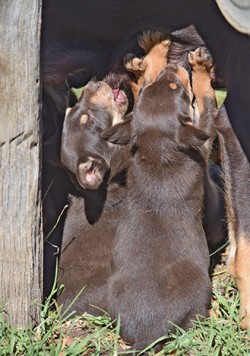 There are two boys for sale in this litter.

Also a boy or two for sale in the Gemma x Wills litter. Gemma’s been working cattle up at Bracewell, she’s a very determined little bitch, nothing gets past her. 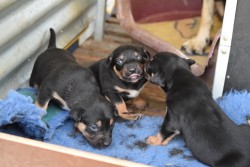 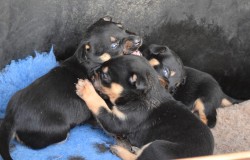 I had a surprise email from a gentleman who worked Scanlon dogs years ago. He sent me some wonderful photos which I’m sure he won’t mind me sharing. I was very interested in these comments after telling him that Wilson had a poor coat:

“Scanlons Duff  was Johns main working dog for years. Around the same time as Swanee, Dell, Dick and many others started.John loved Duff. He was a Red and Tan solid dog with a ruff coat everytime I was with him. I have no doubt the ruff coat goes back to Duff.I had a son of Duff Scanlon Henry who had the worst coat ever, no amount of eggs or protein would improve it, he was a fantastic working dog like his dad Duff so we never worried.”

And after seeing Wills’ pedigree:

“I think there is a very close mating between full litter sisters in Dom’s pedigree, which does not worry me from a working dog point of view and line breeding strategy. Scanlon Nell and Yoko I think are full litter sisters. The Lock Wren mating was one of the best in the last 50 years in my opinion (Working dogs point of view) A nice double cross of Swanee which is awesome.”

I love hearing more details about the old dogs in pedigrees, it helps avoid mistakes in matings and also fills in gaps as to where certain traits came from. 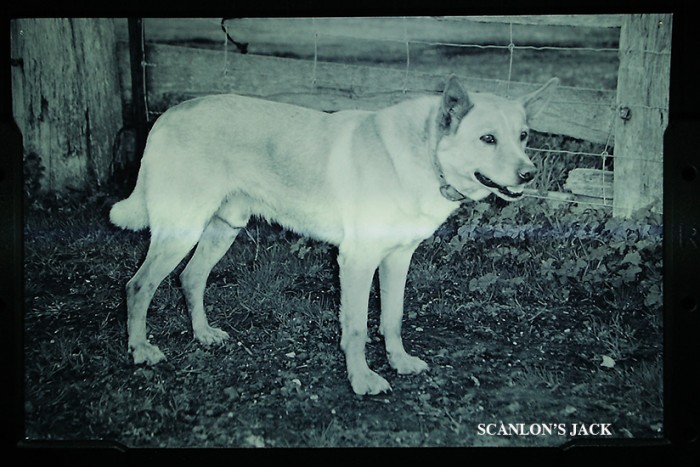 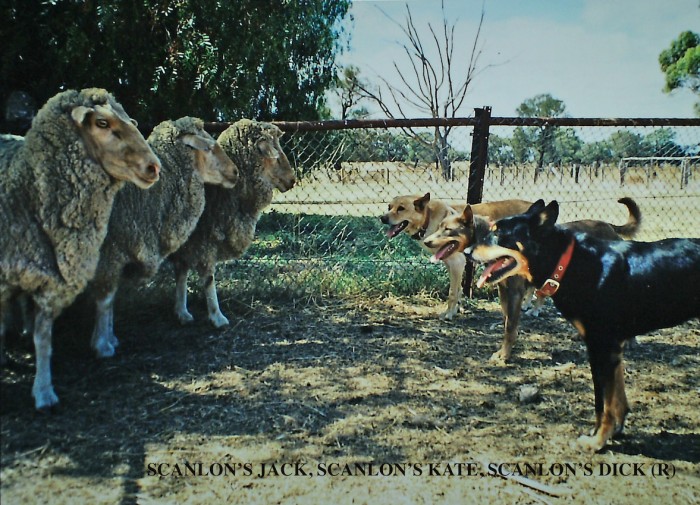 The solid cream dog in the 3 dogs with 3 sheep photo is Scanlon Jack, son of Glenville Swanee, Scanlon Kate(Fawn & Tan) and Scanlon Dick (Black & Tan) one of the greatest casting & mustering dogs of all time (Frank, Tom and John Scanlon all believed so) He is over 15 years in the photo and could muster thousand’s and thousands of acres on his own. 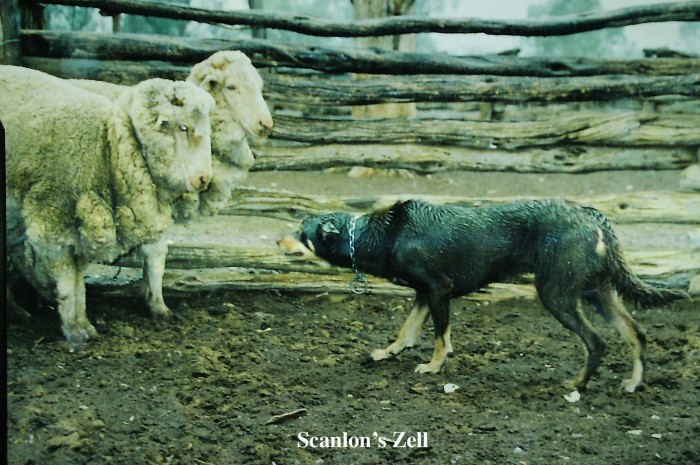 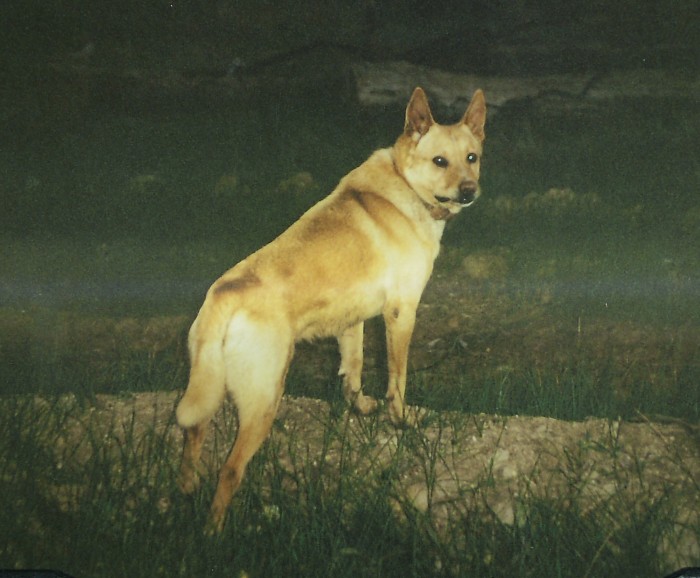