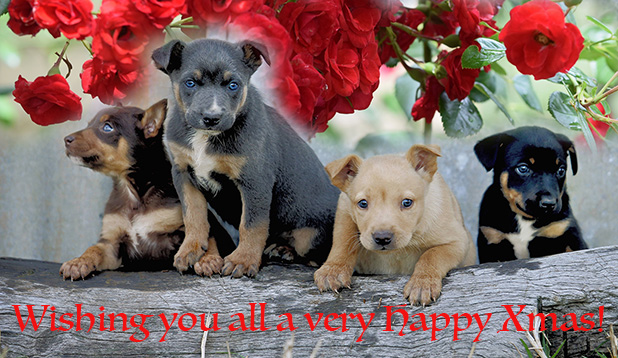 We had good rain in November but it has been dry again lately and feed running out, so it was good to get 20ml last night(Dec.2). The last month has been a bit of a nightmare with five bitches mated….well, the real trouble will begin in January when they start whelping! It can be quite distressing when tiny pups get too hot and start yelling their complaints, but fortunately running a sprinkler on their kennel works well….although five kennels could be a worry!

It’s been good to get the bitches cycling properly again, at least. Many people I have spoken to have had trouble this year, and less pups born. I still have a healthy waiting list for pups, so hopefully the coming litters will help fill orders.

The following bitches have been mated:

Mocha to Bobby, Lily to Wills, Quiz to Bobby, Remy to Tracker Spy and Wings to Eventine Buckle(LandyxSoda).

Two bitch pups from the WillsxVie litter flew over to Texas, USA in November direct to Dallas from Sydney. Isa will stay with Dru and Ita will later move to Massachusetts with Marg Grey who owns the amazing Chatham Pottery…and three kelpies! Lovely photo with Pavlova and Tiramisu and their new owners. 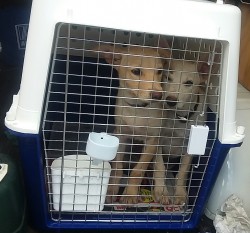 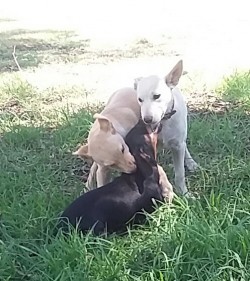 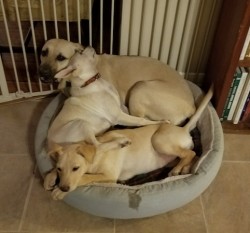 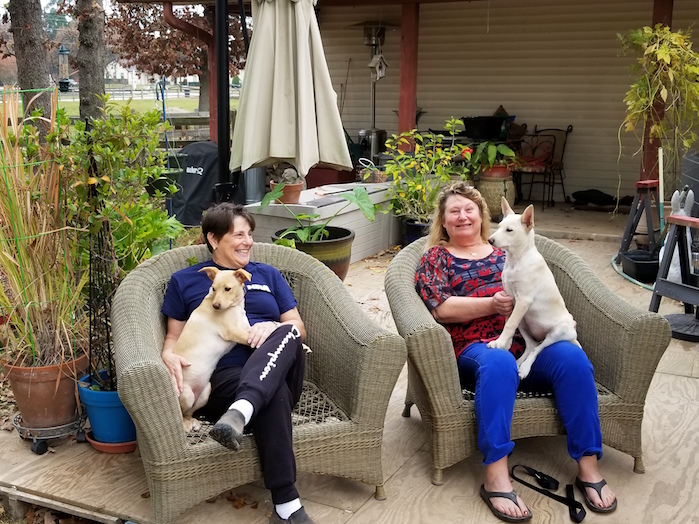 Also during November, Nat Grimmer visited from Hughenden.  I took her over to Texas to meet Marina and we also delivered K.Bobby; hopefully he will settle into her goat work and give Landy a hand with them. Nat owns K.Click(LandyxCara) and Marina was pleased to see her again, having reared her as a pup. A full sister, K.Laney, went home with Nat and is already impressing with her work. 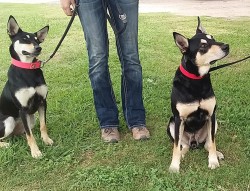 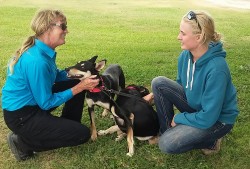 The previous day we had travelled down to Tenterfield to visit Grant Hutchings; we took Click and Bimber(K.PoloxK.Fizz) for a run on his heifers and delivered K.Skotch(SkipxRemy). We checked out his LandyxSoda litter and I picked out a lovely bitch pup. Great to catch up with Grant and Calib and Mrs. Hutchings, who has promised me some cuttings from her very interesting garden when I go down to pick up Eventine Elly….who is a full sister to Buckle, just mated to Wings. 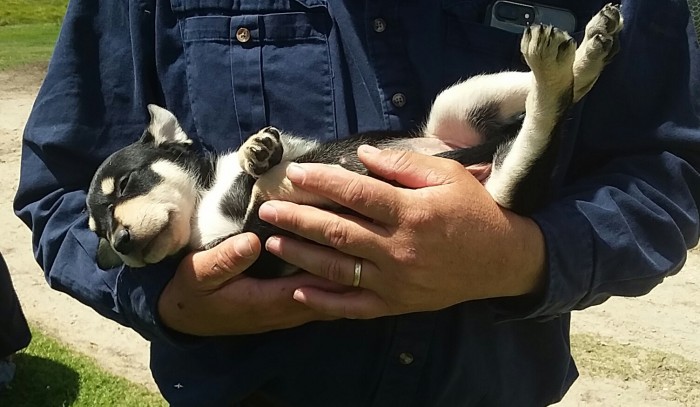 David Hart very kindly offered to take Cherry for some cattle work, she hates life here with no work! I’m hoping she can be mated to David’s excellent dog Tracker Rocky(R.GlidexT.Bliss) later on. Rocky’s a very smart dog, calm and clever. The heat up at Moranbah will test Cherry, and I hope make her pace herself better.

Rodney Garrett was coming down to pick up a bull at Oakey and was good enough to work the trip in with mating his top dog Tracker Spy to Remy. Great to catch up with Rodney, he has a great knack of being able to put his finger right on the reason for a dog doing a certain thing….it all makes good sense and is so obvious when he does it, I wish I could! He gave Nat some very good advice about her dogs/pups. Poor Rodney only saw the problem dogs and not the good ones, as we ran out of time and our booking for dinner at Rudd’s Pub took priority! 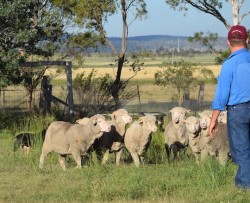 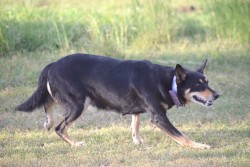 A really busy month wound up with Wings being mated today.  Wings has refused to let any dog within cooee of her during her last two heats, so I decided to AI her this time and hope it will change her mind about being a ‘same sex marriage’ enthusiast! I’m very lucky to be so close to Ice Age Breeding and Ron Newman near Laidley, and thanks to Andrew and Jess Martin for bringing Buckle over there. He’s a lovely young dog and very similar to his sire. I had hoped to use Landy but the logistics got too complicated!

I had bad luck…or bad management….with Heli’s litter. She whelped two days early and I hadn’t moved her into her kennel so she dug a big crater in her shed. The pups seemed fine, but I think they must have got a bit cold at birth and the three dog pups died of Fading Puppy Syndrome. I thought this was a name vets used when they weren’t sure of the cause of death, but more research has been done and they now think it’s caused by the pups not getting sufficient colostrum within 4 hours of birth. This stops their immune system kicking into gear and they later succumb to bugs picked up at birth and later. It was strange that the three dog pups died and the three females remained fat and happy throughout.

Sadly, I had to say goodbye to Brandy recently. She was a wonderful stud bitch and a great character to the end, her influence will be felt for years through Wills, Brock, Hardy, Remy, Tash, Cherry, Changi and Kahlua.

Brandy gave me another line to combine with the Riana and Karrawarra dogs which has been very valuable, and the mating with Larkings’ Wilson, which gave me Wills, opened up another opportunity to outcross but stay within my type and lines. She could be very annoying at times, and could escape from anywhere using her huge intelligence; this trait has been passed on to her kids and grandkids! RIP Brandy. 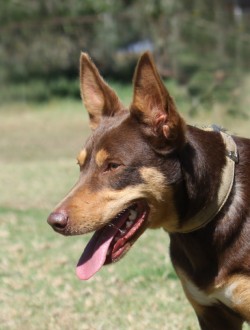 To wind up, I’d like to wish you all a very happy and peaceful Christmas season and a healthy and prosperous 2018.