STOP PRESS! Lil whelped on her due date to Wills, a bitch and a dog pup!

I am also having problems with some emails sent from my website. If you don’t get a reply please try again.

I’m guessing you’ve all been hearing about Queensland weather lately. The lack of rain up north has provided lots of dry fuel for fires, and the awful winds and heat have made for terrible conditions. The fire fighters are doing an amazing job and have saved homes and townships where many believed there was no hope. Now a cyclone is possible! Hopefully it brings heaps of rain if it comes…

Ever since moving north I have been thankful every summer that I don’t have to worry about the threat of fire, unlike the years I spent down south when every heat wave and howling north wind brought fear of a holocaust….. as in Ash Wednesday and more recently the terrible fires in 2009.  I am surrounded by farming country and usually at this time of the year the corn, sorghum and sunflower crops have just started to grow. This year there are still quite a few fallowed areas waiting for more rain before sowing.

The growth from the earlier rain has almost gone but at least the sheep have picked up and looking good.

To dogs! I have Brock, Heli and Poppy back from NSW; not much sheep work for awhile and a lot more snakes around. I’m sure they’d rather be away working than slacking around here! Heli was mated to Brock a few weeks ago.

Bimber whelped to Wills, 10 pups but one born dead. She did extra well and had six live bitches and three dogs; a few with white about the head from the Wills mating. Looking at the homoz. table for the mating, the two most influential dogs are Glenville Swannee and Glenville Prince, both known to carry some white genes way back. 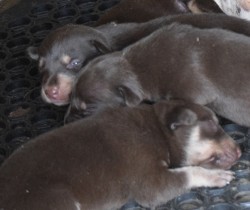 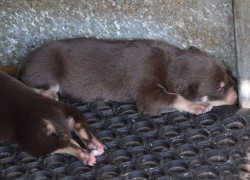 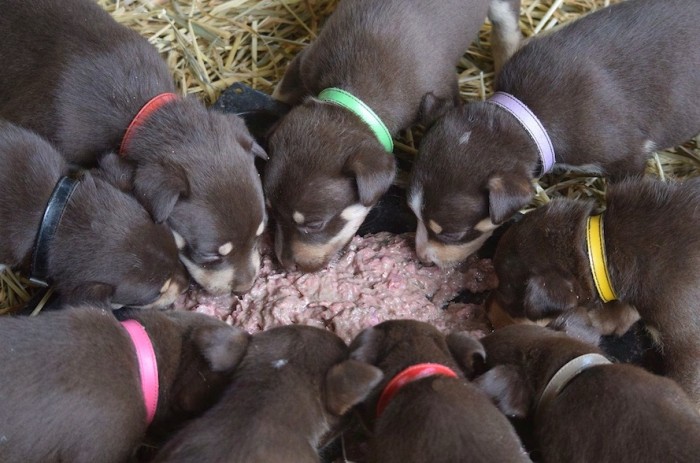 Some of the Wills x Remy pups also have some white on their heads and exactly the same homoz. result as Bim’s with G.Swannee and G.Prince featuring after Brandy.

Interestingly, the Wills x Cherry litter is pretty clear of white and Woorivale Spice comes second to Brandy on the homoz.% because Cherry’s sire Benalee Chance is by Karmala Clyde(out of Spice) and his dam is B.Lyndy who has Spice as a g’dam. So maybe the puzzle is solved.

I have decided to sell my Wills x Wings bitch pup Wow (Below) as I have too many young bitches at present. She’s a lovely pup but needs more attention than I can give her. 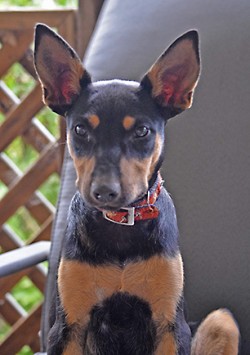 I spoke to Mrs. Baldwin( Frank Scanlon’s daughter) today, as I’d lost Robert’s phone number. She said she remembered some pups “like that” when I said I wanted to ask him if he’d ever seen any pups with Clydesdale faces…but when I suggested there might be some Border Collie blood involved she said “Oh No! Dad didn’t like them, he only liked Kelpies!” Lovely lady, now 88 years old.

I need to work it out or I could breed another litter and it’s not something I want to perpetuate.

The winds have been awful and I have a huge heap of chook manure opposite my house all ready to spread…I don’t blame them for not doing it with the gales, but the smell!! Not good for working pups either. I took Bliss down to Arthur this week but have a couple more I should be handling. I hate working with animals in strong winds, they’re always silly. Memories of mustering for shearing in the September hols years ago, with freezing showers blasting in from the south west, except these winds are hot!

I had some photos turn up on my phone of a nice new double dog kennel for sale just out of Nobby…two different friends thought I might be interested. I had a look and made an offer of a bit over half what they asked. It turned up this morning on the forks of a big Duetz Fahr tractor driven by a very attractive lass who said her two kids had made it as a project; son 15 and daughter 13, I think. They’ve done a great job but she said it might be the one and only because there were some pretty big fights over who would do the welding! So I felt a bit mean that I hadn’t offered a bit more. What a great idea. She said they only have phones for school, no other digital devices allowed. Not too many kids that age would be able to complete  a job so well. All credit to them!

Still a few weeks to go, but as this year goes out with a burst of heat I’d like to wish you all a very happy Christmas and a safe, wet and healthy 2019! 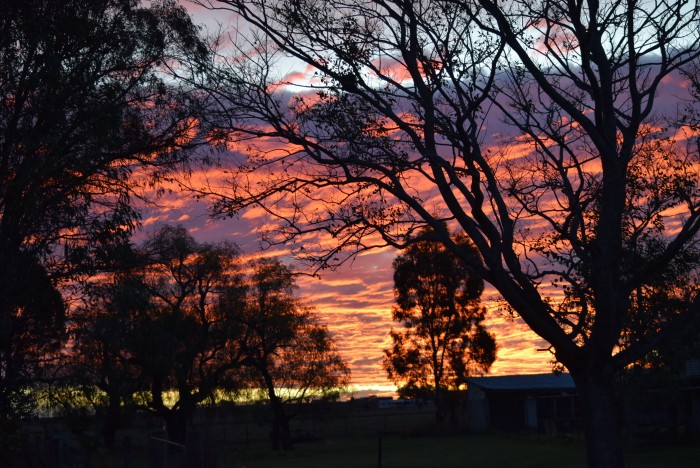 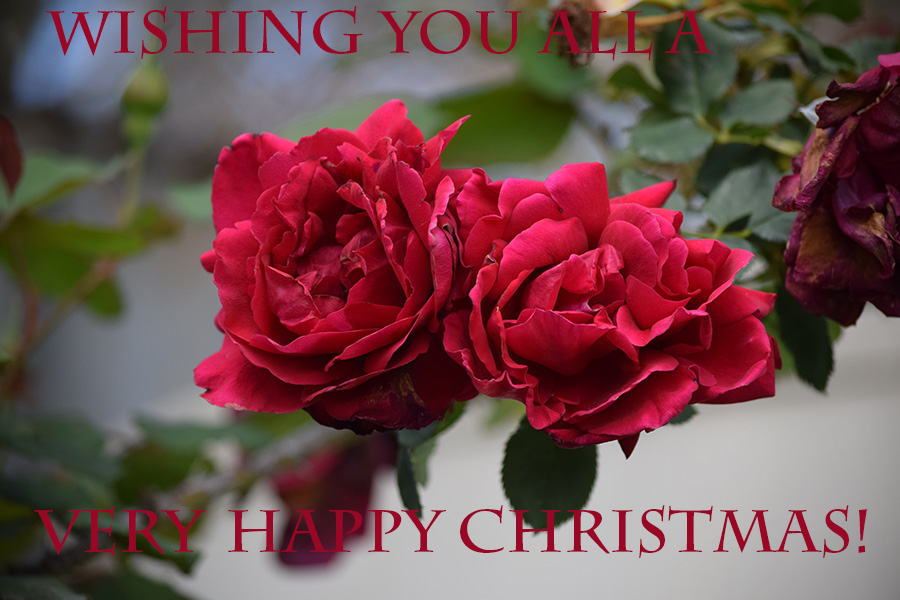