Feb.13 update: Just back home from a second operation and over the moon that I got the all clear! The surgeon was very surprised when the tests came back and I think ordered another look, as he didn’t tell me for ages. It’s a big relief as the PET scan last August looked like a Christmas tree with all the pretty colours. A lot of very good advice and help from a couple of exceptional practitioners of alternative medicine gave such an amazing result, I can’t thank them enough.  It hardly seems a month since my last update. A very hot summer up here and when we do get a bit of rain it evaporates quickly; a neighbour sowed on 50ml but is wondering if he’ll even get a germination with the heat. I guess we’re lucky to have the option of sowing a winter crop if we get autumn rains.

Luckily I only had one very young pup to get through the heat and he quickly learned that a dip in mum’s water tin wasn’t a bad idea. Mundine(Wills x Quiz) is a real little battler. I did wonder about changing his name after the big fight but decided 10 rounds was a good effort! 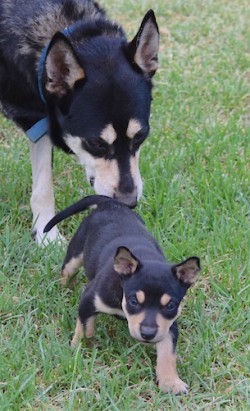 Another good dog gone to doggy Heaven, Polo didn’t make it, mainly through a bad attitude to other dogs. I have two nice bitch pups by him out of two litters from Fizz and Mocha.

Today this Fizz boy Bobby started himself, so Polo won’t be forgotten:  https://youtu.be/sewh3NHzP6s

Heli’s on heat and has been mated to Wills, as Wilson’s last three bitches have missed. This should be a good litter but expect a huge work ethic in the pups.

I’m heading back for another op. next week, not as radical as the last one, hopefully! That should keep the doctors quiet until they think of another way to make a profit out of me!!! I’m a bit sceptical, I’m afraid, and have found it best to ask lots of questions. After a certain age we seem to be treated as non-people, the impersonal approach of these no doubt very able surgeons has really surprised me; I suppose if I put myself in their shoes I’d consider that I was dealing with a cranky old duck!!

I’d like to thank Marina Angel-Smith, Emma Zeimer and Andrew Ardis for doing such a wonderful job rearing the Cara, Fizz and Cherry pups for me. It was a great help when I wasn’t feeling 100% and the pups were all bigger than mine! The Landy pups from Cara, in particular, were huge.

Cara and her daughter Tikka(Halsted’s Beezneez x J.Cara) are both on heat and I think Marina is going to mate both to Landy, who is proving a very good sire. I saw some vid of a nice pup, Eventine Buckle working, that Grant Hutchings bred out of Soda by Landy.

Here’s a photo of Fizz at last, lovely bitch working for Emma at Bracewell, vids of her on the Bitches page. 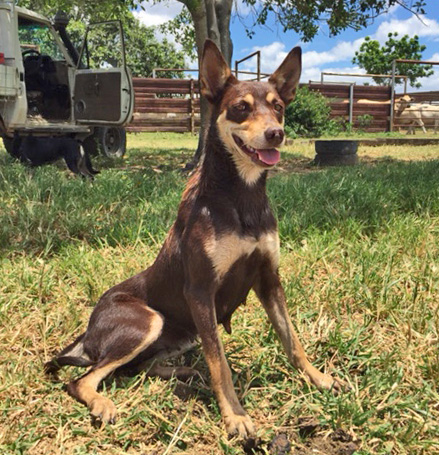 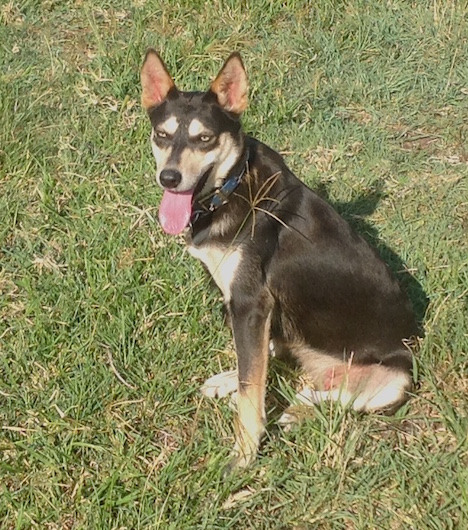