An unexpected storm last night, so it can still rain…35 mls! It’s been incredibly dry and dusty here and I have no idea if the dog and pup runs will ever grow grass again…it’s not as though I can destock to let them recover!

Everything has been a bit slow commercially too, real estate in town isn’t moving much and the same applies to my pups at present. At least they only value add with age and training, but it’s difficult coping with a swag of ‘teenage’ kelpie dog pups! A bit like managing a boys’ boarding school!? I have a special on dog pups this month, some lovely boys here and they need a lot more attention than I can give them. I am constantly amazed at the change in a pup after being removed from its siblings, even if only for a short time. They change from full on crazies demanding your exclusive attention to lovely sensible pups…. like magic.That’s why I prefer to get them off to their future homes reasonably early.

I have sent pups away this last month in various directions…..Tassie, W.A., New Caledonia, Victoria. I find Mary at All Animal Transport an absolute gem. She took the New Caledonian pair a couple of weeks before they flew out and finalised all the blood tests and AQIS checks for me. The French are very tricky to deal with, they seem to revel in red tape! 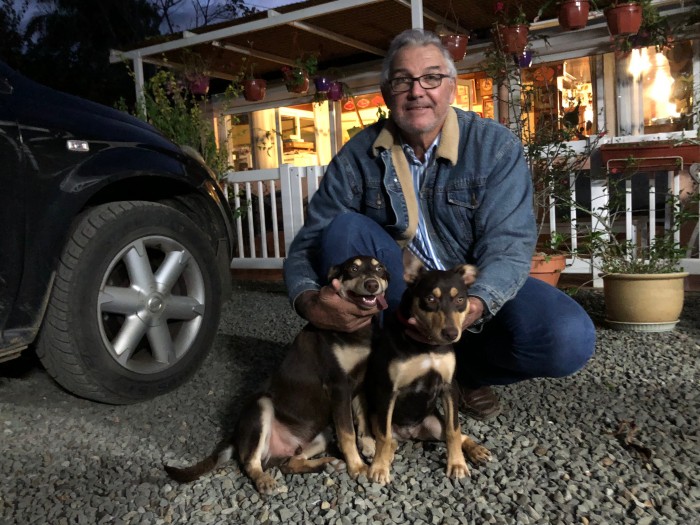 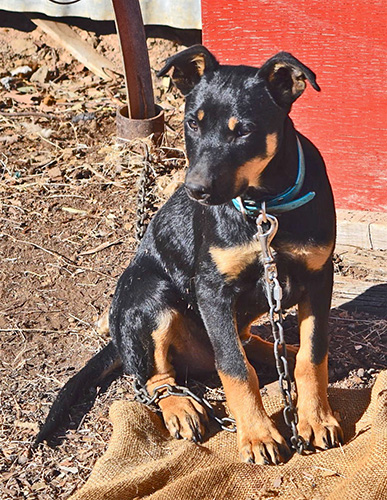 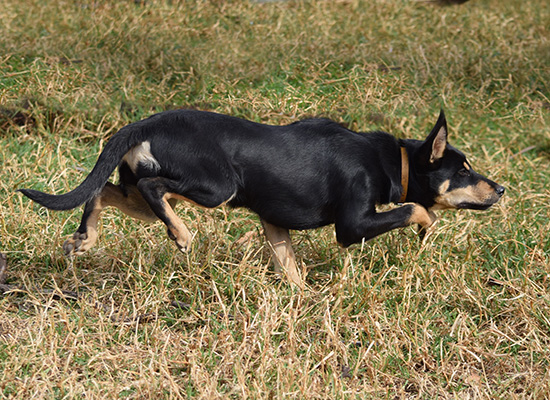 Derek brought the Bimber and Fizz pups down, which added to the pack here. Very well grown, super friendly pups, I still have a few boys for sale. The NeonxFizz pups should work anything, the three boys still here are very smart. I plan on keeping a lovely red/tan bitch pup from the Brock x Bimber litter; a sister has gone to WA and there’s a nice black/tan bitch and a red/tan dog left.

I had a flying trip down to Gilgandra mid month with my lovely ewe weaners born last year, and a couple of pups. I’m very grateful to the Overall family from Weethallie for taking the ewes, it was sad to see them go but necessary to lighten off here. I still have seventy woolly ewes to shear this month. I don’t think many are in lamb this year, which is a good thing! I had an early start coming home and the sunrise was spectacular. A couple of big mobs of cattle were feeding along the road between Goondiwindi and Moree, nice feed but water is going to be a problem for the drovers, I hear say. Sad to see fallow paddocks where often there are good crops of canola, etc., and it didn’t get any better as I neared home.

Coming into Clifton where there are usually green paddocks of cereal for winter grazing.

Meanwhile the Billy x Lindy(Bing) litter are too cute for words…. 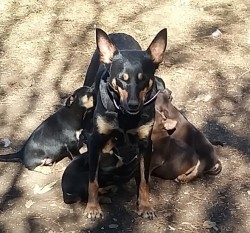 And the Hardy x Tash litter thriving too, as is Heli’s. It’s a shame she only had two girls, her previous pups by Wills have been very nice. 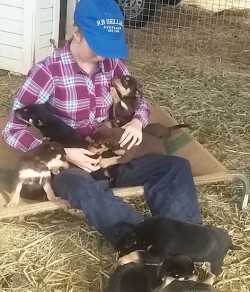 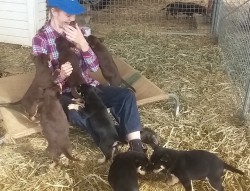 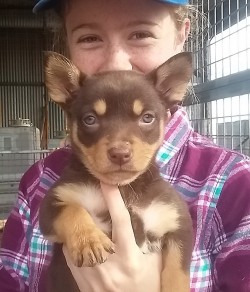 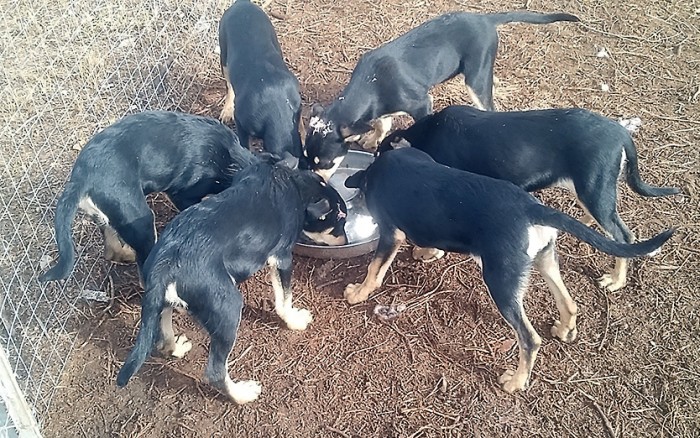 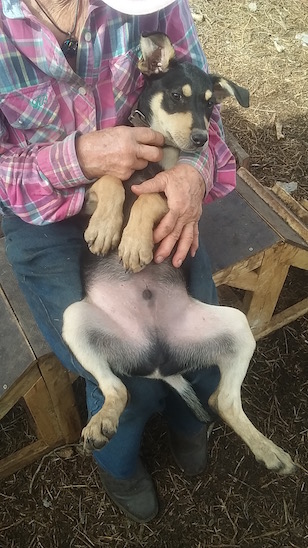 I have a couple of nice boys from the Wills x Gemma litter and will have a look at them on sheep this week. Wills has been breeding on very well.

I sold this little fellow to Kim and Andrew from Noosa. Lots of coincidences…Andrew and I were born in Ballarat, they used to live in the same area of Victoria as me and we are all Geelong Cats fans….I think they’ve converted Archie already! 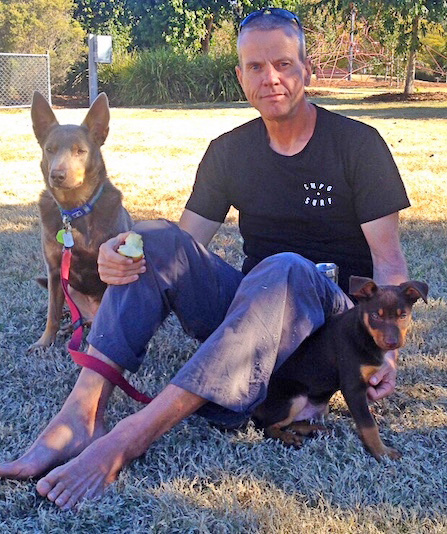 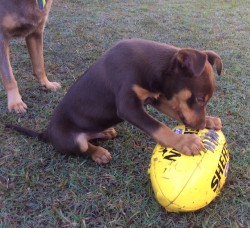