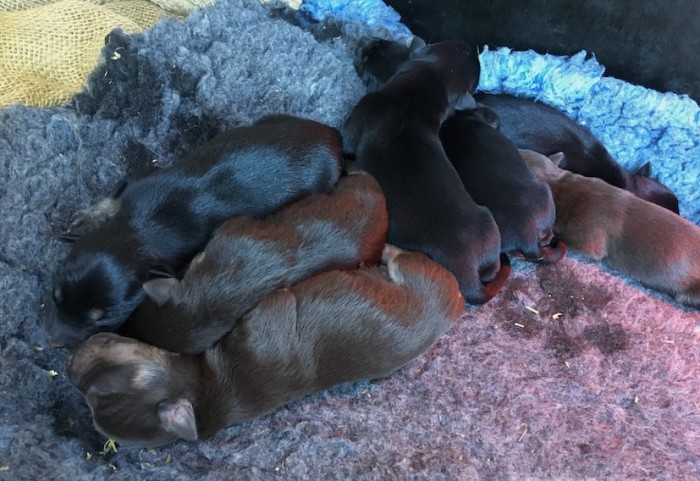 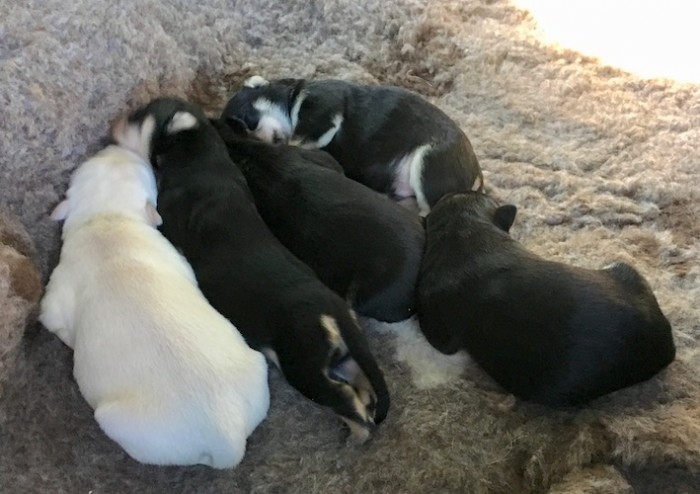 Well, as you can see the expected puppy explosion is well under way! The first two litters born (Wiggle and Fizz) had four girls and one boy and I got a bit excited thinking the tide had turned…..then Tash ruined it by having two girls and five boys! Bim also has seven but was a good girl, only two boys there including a big dark cream and a superb big black/tan. I must add that I’m definitely not sexist but many of my clients prefer females!

So there are still a couple to whelp…Gemma is due to Wills next week and Heli is about to pop to Changi! Lots of pups to choose from later on, exciting times. Sadly old Milburn Moss had a false pregnancy.

To add further to the canine population on Karmala I have four lovely dogs come back here that my friend John Clothier bought from me as pups. He and Joan have sold out and are taking a very well earned break, so his favourites are back with me for a time. I must say it’s not hard work having such beautiful, friendly, good lookers to mind! 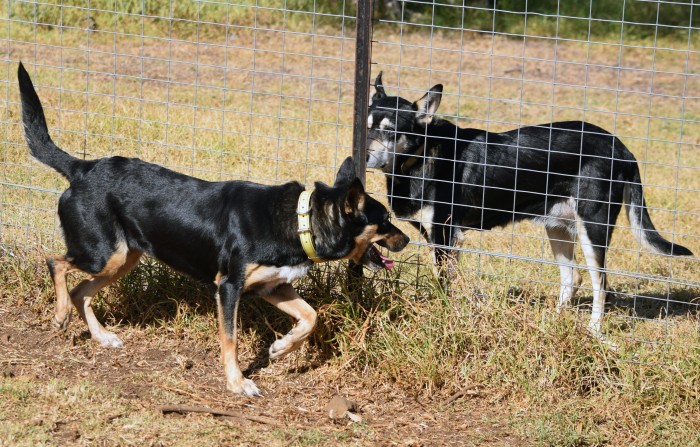 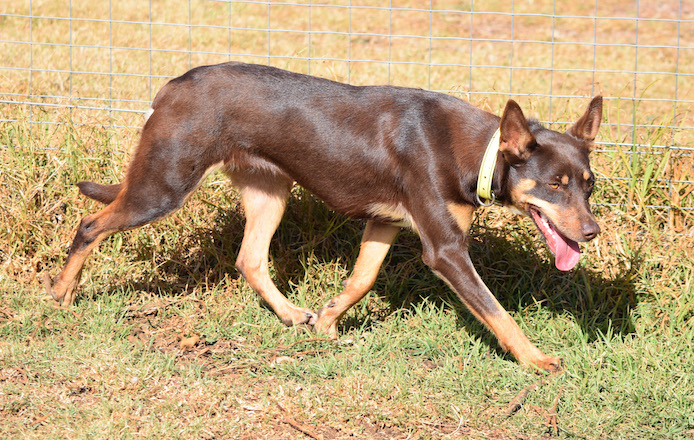 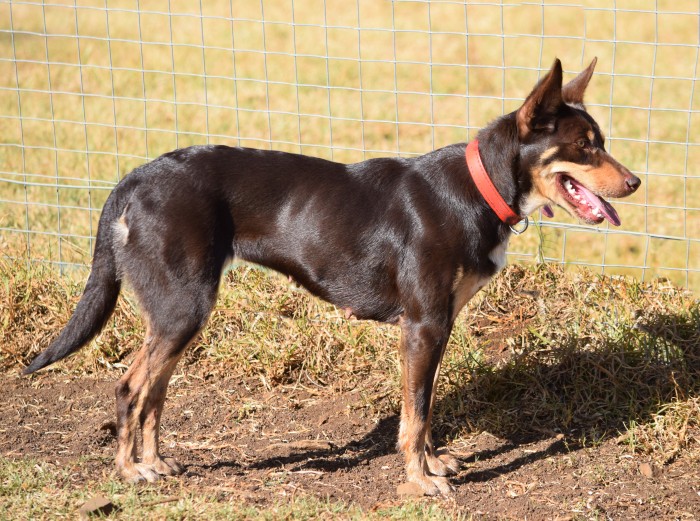 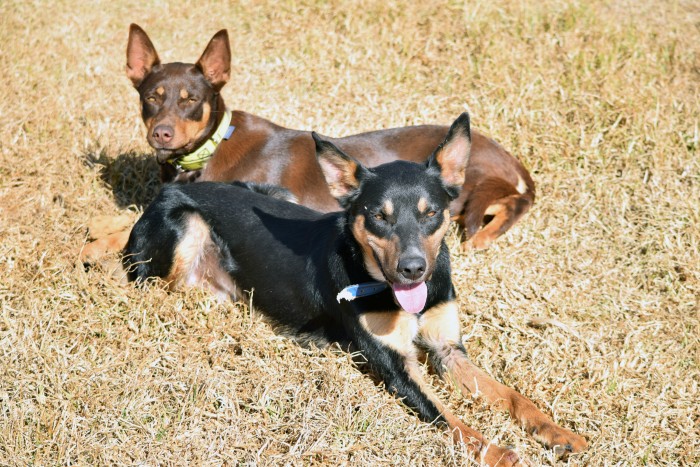 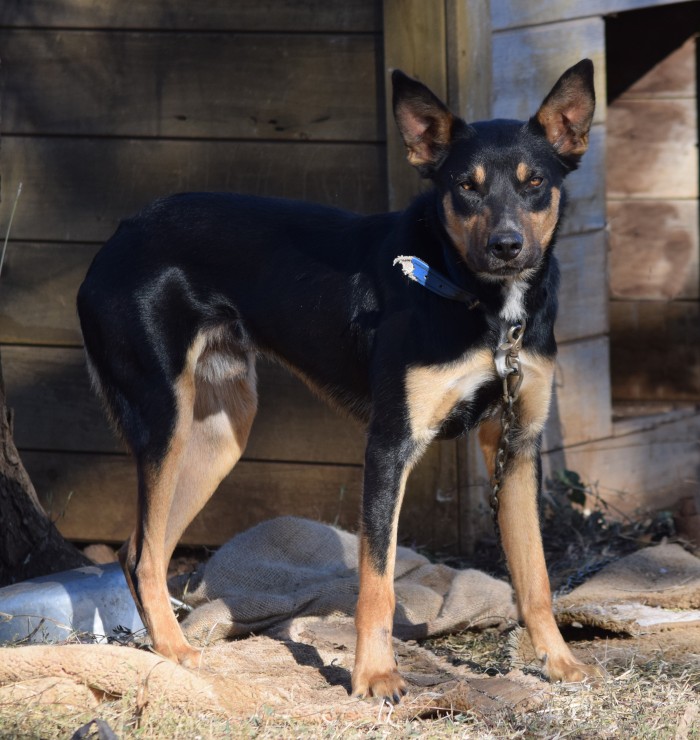 Arthur Crumblin is handling my little Glendon MaxXKarmala Poppy dog pup at present. His sister will go down later on. Little Max is holding 15 lambs from 30m out, he’s only 12 wks. Arthur’s pretty chuffed with him!

I got a little bit of video from Jarrod Alcorn of Karmala Levi(Landy x Whitney) , his first look. Nice pup. His brother went to Boulia today.