Just on 25 mls last night after an awfully hot, dusty and windy September. I don’t know what happened to Spring this year, it was 38’C on the deck last week and I was running a sprinkler on a kennel for the small pups. Today I am in four layers of clothes again!The ewes have just finished lambing, thank goodness, and can now stay out at night and get fed in the paddock. I was wondering if I should buy more hay, but hopefully we’ll get a bit more within the next week and there’ll be a green pick. One of the great things about living up here is the rapid response to rain.

This weekend Emma and Derek came down bringing Bobby and Bimber(litter mates, PoloxFizz), and went home with Wills, Ness(PoloxMocha), Gemma and Gossip, a nice pup from Fizz by Wills (the others had quite a lot of white, hence the name!) We gave Bim and Bobby a run on Sunday morning and I couldn’t believe Bim was the same bitch that went down to Jeff Ritchie a few months ago. She’s gained a heap of confidence and is working cattle with maybe a bit more strength than Fizz. Bobby’s first run on sheep since his one go at four months was outstanding. He’s a lovely young dog and we’re really glad we didn’t sell him! Marina has agreed to try him on her goats and see if he might be a useful replacement for Cash…he has big paws to fill but I’ll be surprised if he doesn’t stay with her. Nice to have him available for matings later, he has plenty of strength on cattle and a little bit more style and finesse than Bim. Pics below. 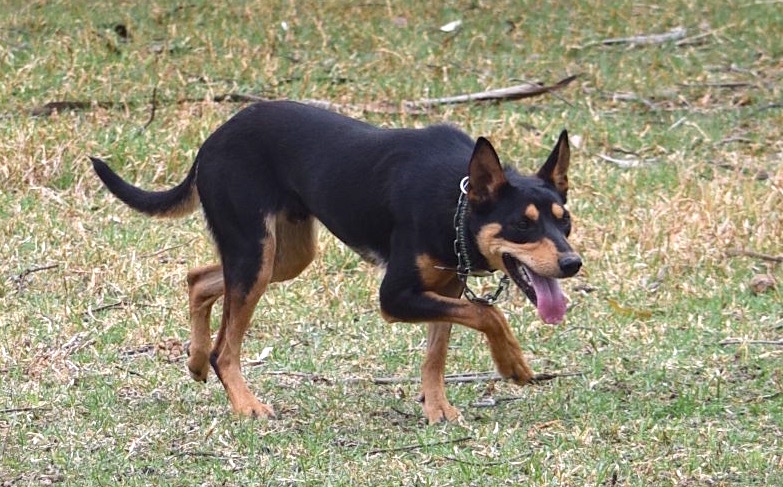 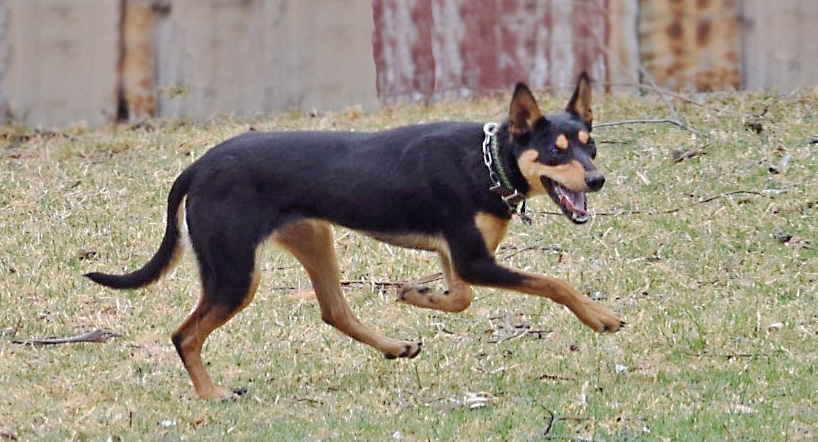 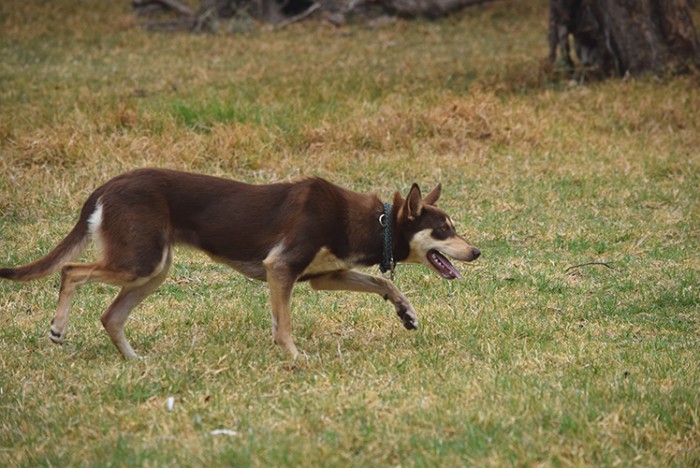 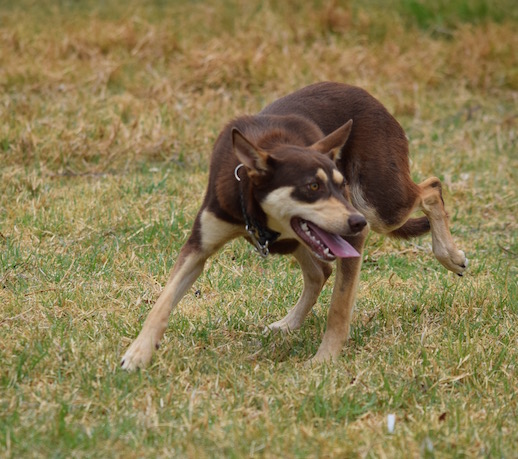 Andrew and Jess Martin came over from Jimboomba after lunch and brought their nice young dog Eventine Buckle(K.Landy x Soda), he’s a lovely mover, just floats over the ground, he has a good searching cast for a young dog. Andrew was good enough to work some young dogs for me so I could get a bit of video. He had a bung knee from a horse mishap so we just used the small paddock to save him walking too much. Andrew hadn’t seen my dogs before and seemed to like them, I’m always happy when someone says “They all work the same!” They’re not the most perfect dogs, but it’s good to get some predictability in work style when selling pups. 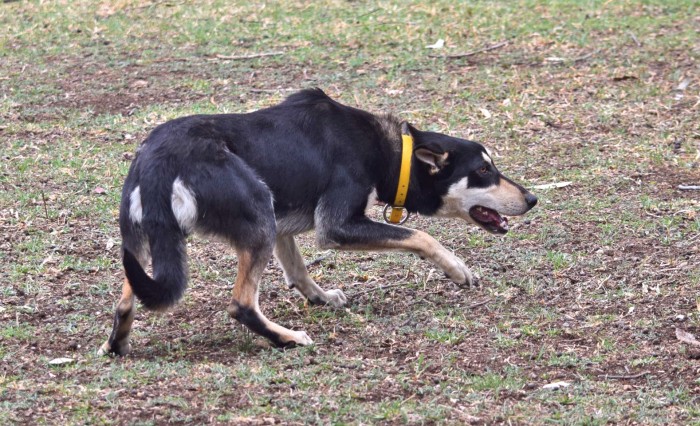 Personally, I’m very happy with the young bitches coming through, it will be a pleasure to replace some of the older girls with their superior offspring….that’s what breeding is all about. Brandy’s been retired, she isn’t well but continues to enjoy life and opened her cage yesterday to go and round up ewes and lambs! She’s had a big influence in the stud and will be prominent in pedigrees for many years. Her daughter Tash (xRiana CashII) has a nice litter of six to Karmala Skip(Motley’s Russell x K.Remy). Remy is also from Brandy by Riana Glide. K.Gin Fizz, dam of Bobby and Bimber is from K.Kahlua(Tracker GibbsxBrandy) and will both be retained. Then I have K.Brock(xAkubra) from her which gives a double cross of old Spice, a foundation bitch who bred extra well. K.Mocha is xBrock. Brandy has been a wonderful asset because she was unrelated to my Karrawarra and Riana dogs and is the basis of a different line. It’s very easy to breed too close, but with Brandy and the two old boys Matt Larkings lent me, Chopper and Wilson, I’ve been very fortunate to keep the same type of work but still be able to outcross enough.

All the pups from the last litters have gone except for a couple of keepers. One is K.Bridget(Changi x Mocha) who’s become a very good mate of my new ‘house dog’ Siggy. 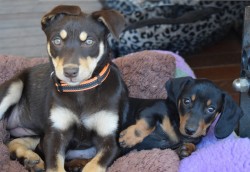 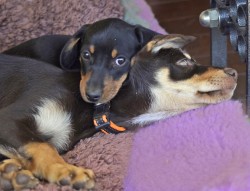 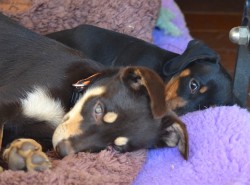 Andrew Ardis and Kirby called this morning with Cherry, who’s been working down at Deepwater Station. Cherry might have a spell out at Nyngan with her brother Changi and Ronnie Robb, she has far too much energy to cope with here! Hopefully she’ll be mated to Landy next heat.

As I’m writing this there’s been another storm and at least another inch which is just fantastic!

There’s a new DVD out from https://www.kelpiehistory.com/ on selection and training. It’s in three segments, Gordy McMaster on his Wyreema dogs, Joe Spicer’s very helpful one on training, and some older film of John Gedye  at Derrinalum working Sheedy and some nice pups.

I think Joe’s section well worth the cost for those of you wanting some training/pup- starting tips, and I found myself agreeing with his approach to selling pups as well….it’s what I also do. Nice clear advice on working a pup and catching it afterwards.